This paper used an image of my kettle without permission and credit. And another used the same image and credited it to someone else!! (And that when I had sent the other paper enough pictures to begin with. That story is in the next post.)

As to the tag – ‘Kitsch’?
I am sick of it. I don’t have a problem with it, in itself. Though I dislike being boxed into that one category and slot. I work hard to ‘be’ and ‘do’ a lot. I am a lot more than just a kettle I may paint. So yes! the term ‘ Kitsch’ bothers me. Simply because I think I have outgrown it. 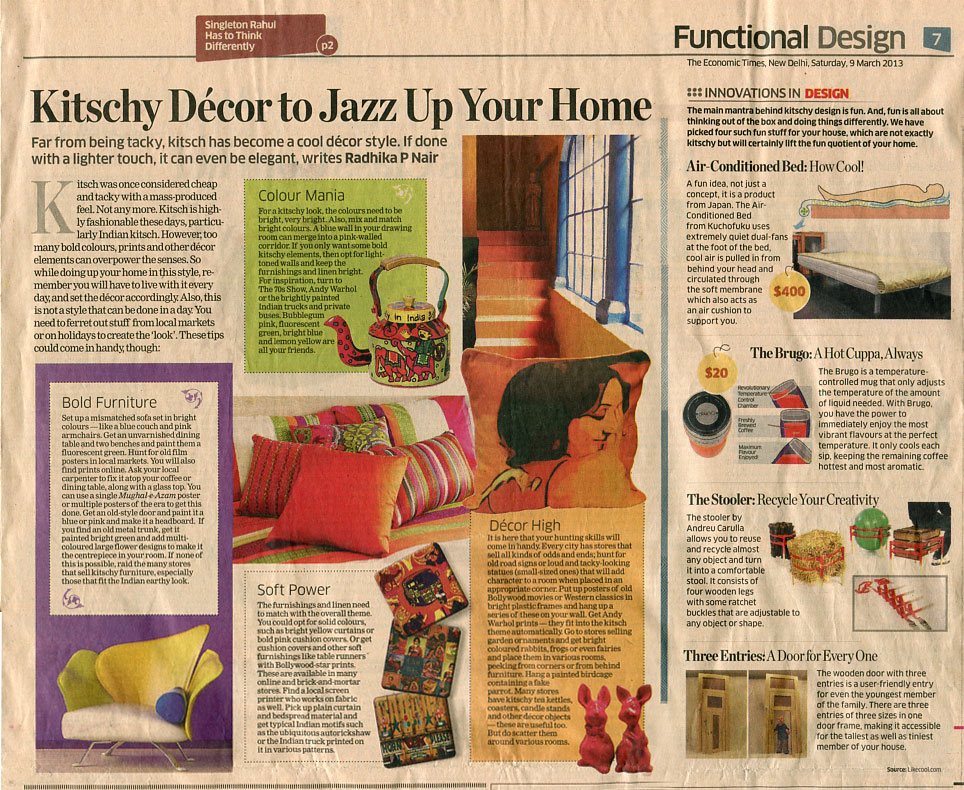 Regardless, thank you to Radhika P Nair of the Economic Times, along with her Creative Director and Editor for thinking my work worthy enough to illustrate their story. I just wish they had done a little more home work and actually contacted me.

So how did I get to know of this? On an airplane ride back to Bangalore, my son noticed it in a paper a co-passenger was reading. ” Dad, isn’t that mom’s kettle?”

p.s – Those of you that wonder why I still use the term ‘ Kitsch’ on my site as a category if I dislike it so much – it’s been indexed by Google too well and has been bookmarked and ‘linked to’ by too many to actually even bother with changing it. And like I said – I don’t like being categorized as JUST that. I am that and MUCH MORE. 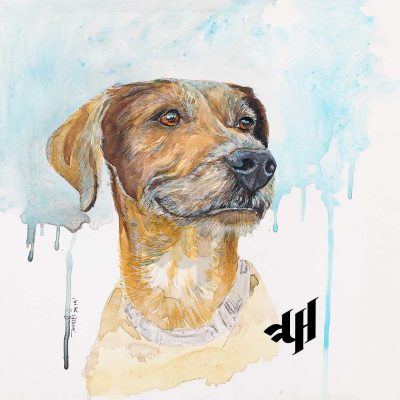