As time went by I found myself slowly getting more comfortable and confident with the task at hand. Both in terms of house/home work and my chosen support surface of a kettle. Then came a whole series of kettles that had faces on them. The first one was for a friend who in fact inspired the ‘The Poonchh Collection’. That kettle was called The Alpha Dog after him. And just like that, I had found my calling. I was getting into more complex subject matter with a greater degree of detail while still retaining the essential of the ‘kitsch’ element. Though truth be told by this time I was getting sick of being labelled only that- ‘Kitsch’!
These painted faces traveled and my kettles traveled with them. 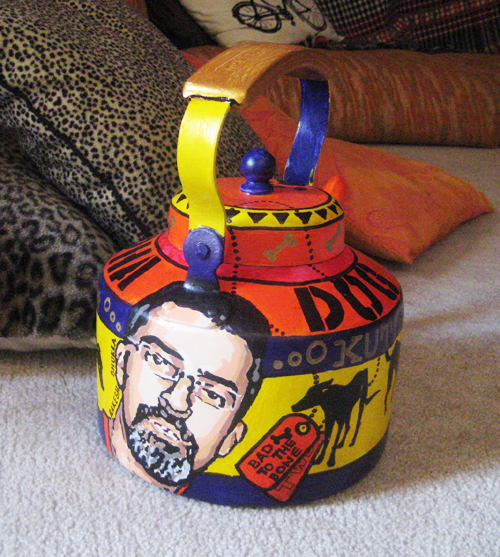 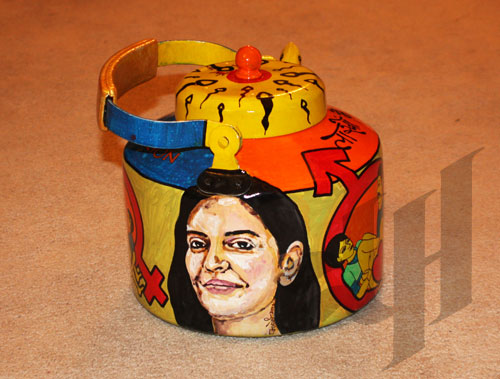 The first kettle is called ‘The Alpha Dog‘ and I painted it for my friend Rakesh Shukla, the founder of ‘The voice of Stray dogs‘ – the organization that both ‘The Poonchh Collection’ and I  support wholeheartedly. The next is called ‘Lakhon mein ek‘ – just like my friend Juhi Chaturvedi- the story, script & screenplay and dialog writer for the hugely successful and award winning film- Vicky Donor.
Both these kettles sit in the office of the respective people mentioned. 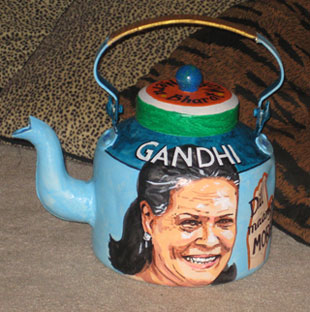 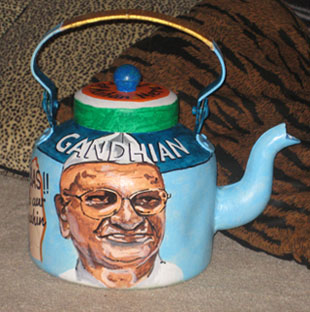 This kettle was a bit controvertial 🙂 It is called ‘Gandhi vs. Gandhian’. It went to Team Anna as a gift from Bangalore and sits in his office. 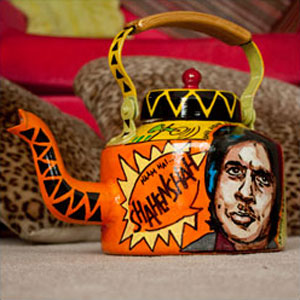 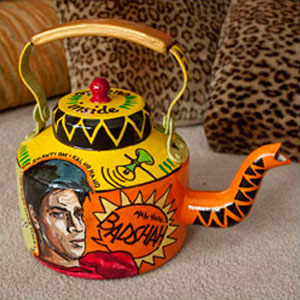 This next kettle was about the demons we all face and was called ‘ Outer face, Inner demons‘. It was bought by a class mate of Shahrukh Khan and is in Singapore. 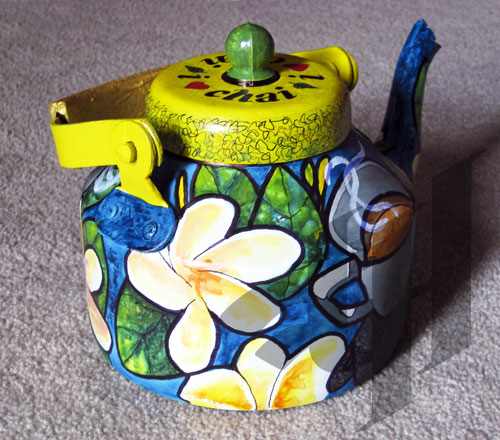 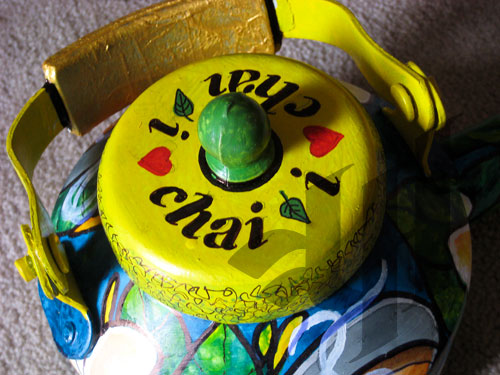 This last image is of a ‘Chai‘ kettle that I did as a farewell gift for my friend Archana Srinvas as she left for the USA.

2 thoughts on “Many faces on a kettle”