He jokes about a rugged man who can trace his roots to Azamgarh. Quotes often from Anuraag Kashyap films like Dev D and Gangs of Wasseypur. He can and does draw parallels with real life to plots from Vishal Bhardwaj films like Omkara, Haider and Ishqiya. Wears a gamucha  around is neck/face when he works with his hands on the farm. And got a buzz cut when life got heartrendingly harsh.

Continuing in the series of narratives – story telling through pictures – the effort would be incomplete without a straight on Omkara-esque kind of portrait in connection with Rakesh Shukla. Rakesh is the founder of The Voice of Stray Dogs (VoSD) and the inspiration behind The Poonchh Collection.

And the irony of using the terminology of ‘mug shot’ for this individual – honest and straight forward – is not lost on me. C’est la vie. But such is life as they say.
What does not kill you will only make you stronger!

This next portrait is like a snapshot in time. For me it is a blend of reality and fantasy. Of what lurks in all of us and what civilized veneer we are compelled to put on it. It is like a mug shot of one of the characters of those movies he loves so much. Him and yet not him. A reality far removed from reality.

This portrait is done in Acrylics, pencil and charcoal on reclaimed hardboard. It is approximately 12.5×12.5 inches. I had painted the background black to begin with and then decided against it. So I scrubbed some paint off and added more primer/gesso to the background. it is white and not quite white. Just like all of us with many shades of grey… 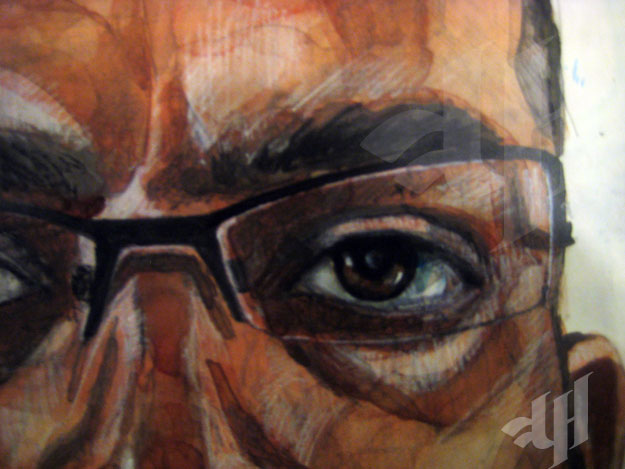 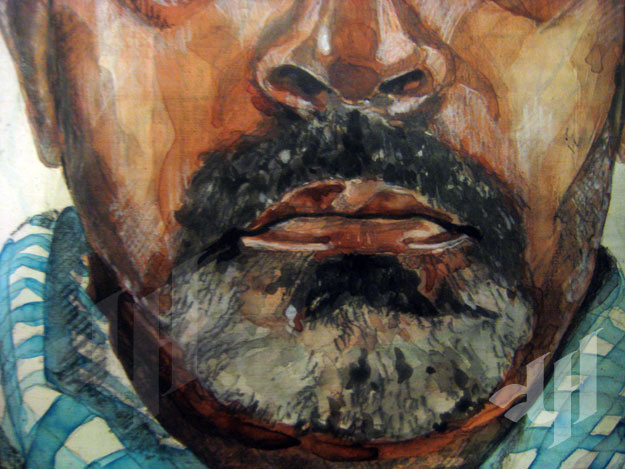