When I first conceived of this narrative series on Rakesh, it was based on a photograph that I saw on his Facebook profile. It was slightly fore shortened and distorted. And yet something about it made me think of the years that I have known him and the cards that life has dealt him in those years. His face shows that experience.

I started a trial sketch on a piece of discarded plywood that I had lying in the studio from another project. I did not even prime it. I just started. It took at least 25 passes of paint to get this level of detail. Why? Mainly because the raw plywood kept soaking in the paint. It would sort of look faded or worse start to seep along the grain of the wood. 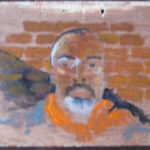 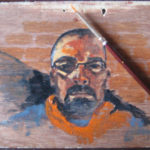 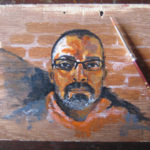 It became a fight between the wood and me. I knew if I could finish this to a detailed enough sketch and not give up half way, I would stick through the series on him. I would go the distance to show me/him/you the story of this man as honestly as I understand it.

And in my mind, some how the process and the many hours of working through these 25 odd layers was my earning the right to work on this series in my own eyes. 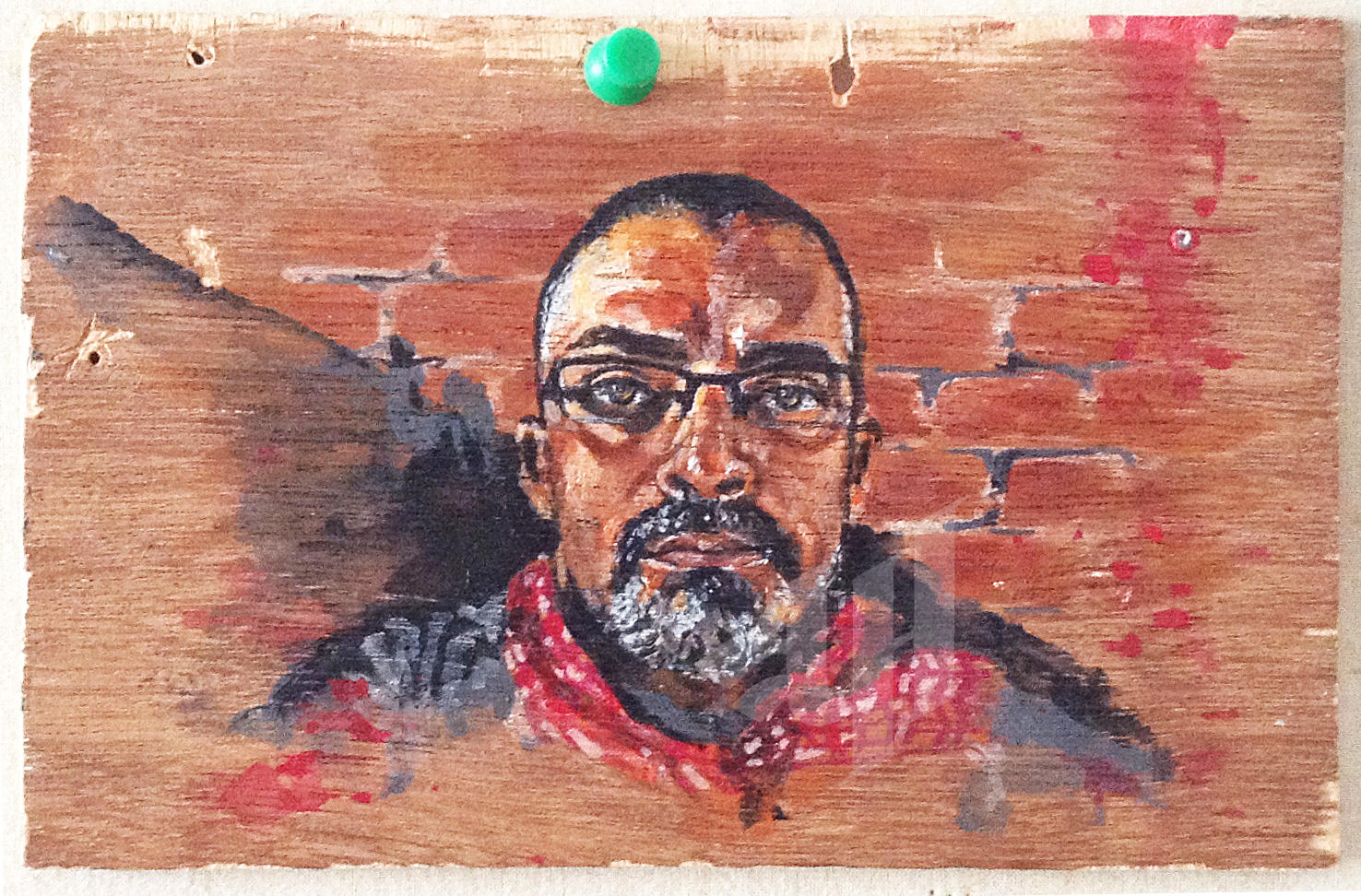 This is the ‘trial run’ first of the series. It is done in Acrylics on raw plywood. It is approximately 4.5×6 inches. The painted face itself only covers about 2×2.5 inches. It took about six hours to paint. As I said the plywood and I fought quite a bit!

It does not look completely like him but it did the job it needed to as an exploratory sketch. I was able to glean proportions and structure. This trial run exercise was less about getting a likeness of the face and more about just looking at him. Really looking and letting my mind and eyes learn the shapes and their relationship to each other better.

This painting is one more in a series of narrative portraiture that I have been working on the past few months. Story telling through pictures. Rakesh Shukla is the founder of The Voice of Stray Dogs (VoSD) and the inspiration behind The Poonchh Collection.