ChammC came into my life on a morning walk. Rakesh who is the founder of VoSD was walking his dogs one morning and I happened to meet him. He had a baby carrier of sorts slung around his torso and inside was ChammC. This absolute adorable bundle of joy. A Cocker Spaniel with eyes that would melt the hardest heart.

She was found in a dumpster by a good samaritan and handed over to Rakesh. When found she was in a terrible state with a gigantic hole near her bottom filled with maggots. Tiny and young, I think just 2-3 weeks old. No one thought she would make it. But Rakesh did. He hand reared her for the first three months and literally brought her back to life. And she became Helen and Rakesh’s little love. One amongst the many others that live with them but that is another story!

Sadly ChammC passed away while she was only about 7-8 months old. A routine operation to spay her resulted in complications which led to her passing away on the operating table.

12 July 2015 was one year to the day she left and since I could not get her back for them. I painted ChammC as a gift for both Helen and Rakesh. Three portraits from different grainy Facebook pictures that show her at various ages/stages in her young life.

As all high res images of ChammC were lost in an unfortunate computer crash. The Facebook images were the only ones to work from. I hope these ‘high res’ versions bring comfort to her parents… 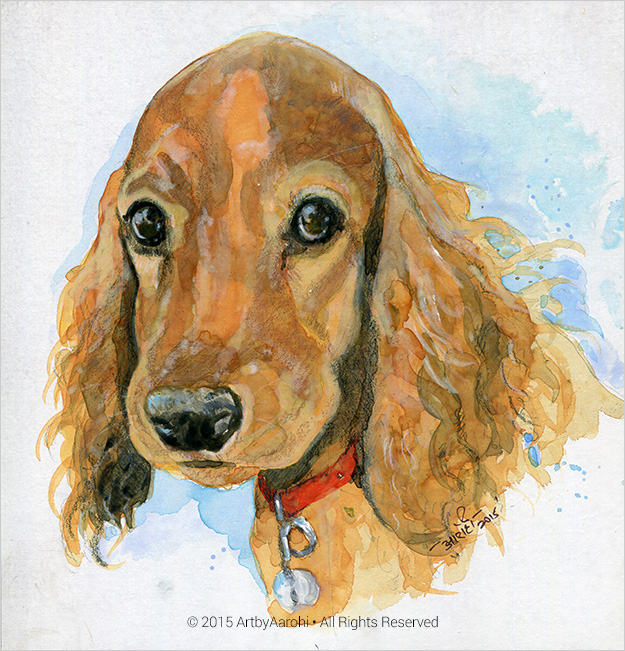 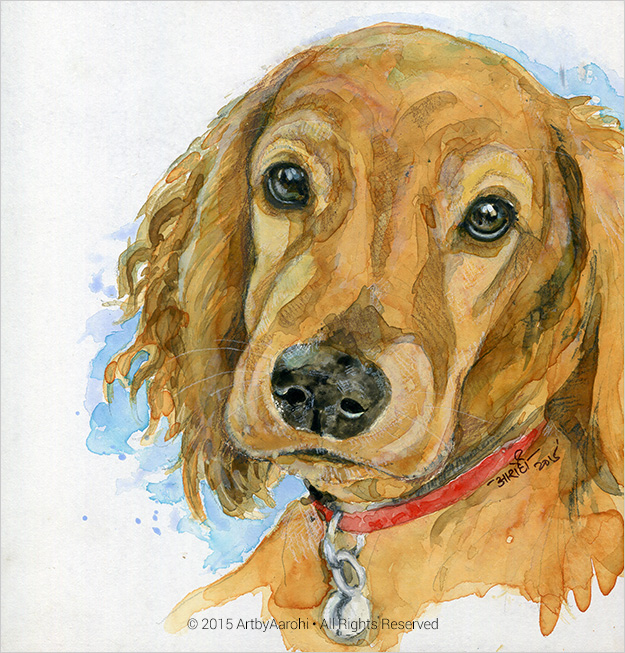 2 thoughts on “ChammC with love”