Vanshaj Kapur. Film Maker. Creative director. The Bold Creative. I met Vanshaj in 2013 on a trip to Sydney. He was working on a project for my husband. My first thought on meeting him was that he is always hungry. And somewhat scattered. Till he got into work mode… Driven.

Over the years Vanshaj has continually surprised me. With his focus and his meticulous attention to detail. With the vision for what he sees his company The Bold Creative grow into.  For walking the fine balance of running a business/agency with out compromising creativity. For building an office environment that big companies would aspire to…

It was at the Beach House Project in march last month at an idyllic week long residency in Fort Kochi that I got to spend some quality time with him. And I find that I like him!  You can read about that trip here. The next in the series of Effortless Friendships is my friend Vanshaj. Read on to find out more about him.

What did you study in college?

I went to Symbiosis Institute of Design, and did a course on Communication Design with a major in film and video design. That is what I studied as a pupil, however what I learnt was that to truly communicate with anyone, you need to read people not books.

What made you pick film making?

As a child I was always driven by creation, and was constantly looking for ways to express myself. I danced back in school, and performed at international competitions. I tried to sing, and failed miserably. I acted in theater too, and continued doing so till college.
The realization that film had so many multiple layers to express emotions and tell stories really intrigued me. While I watched a Shahrukh Khan film, “Kal ho na ho” I was draining tears and realized how they could so easily manipulate my emotions. I knew then that this was a skill I wanted to learn in order to tell better stories. The rest is then history. 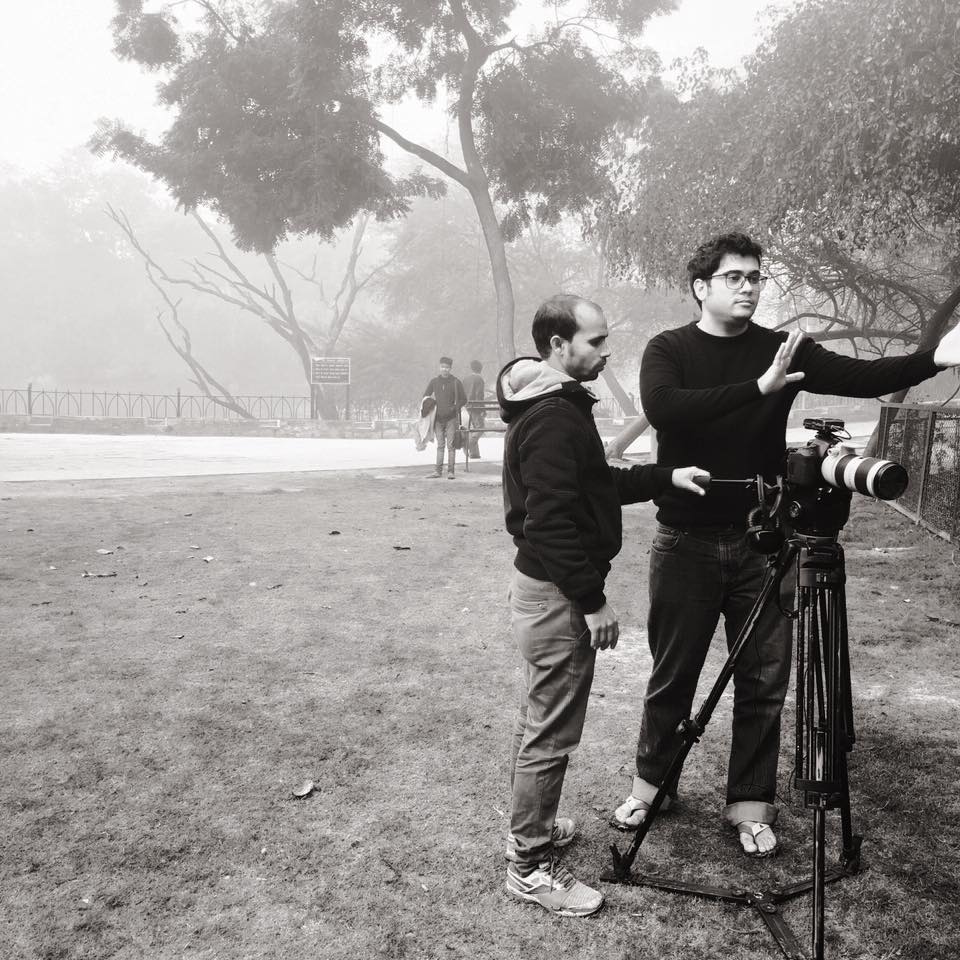 What was the Big Film about?

The Big Film  was named so because I personally have always loved making productions massive, and earning a lot of attention via them. During the first few years of college, I would often tell my friends, “I want to make a big film man. These short stories are just not cutting it. I want to do a feature.” The same thought carried with me till my graduation project and I put all my eggs in this basket. We crowdfunded the film successfully, and had a crew of over 40 people making the film. This was the biggest production college had seen till date.

Now, with all these hopes and dreams of making a massive production while in college. My story had to be personal. The Big Film, or how we later named it ‘He Who Chased the Train’ is a story about how society conditions you in a manner that you cannot tell your morals from right or wrong. All the characters in the film are inspired from my own experiences and I can easily say that I know each of them from under their skin. The film does have a lot of narrative flaws, but I think the film is also a major mark of achievement for me in not only story telling, but also making a BIG film.

What led to the shift to Bangalore?

After having realized that I wanted to work for myself, I’d first approached an old friend Sankhalina to co-found this new venture with me. She was in Bangalore then, and it would’ve been a lot harder for her to move to Mumbai then for me to shift.
Bangalore also happened to be a lot cheaper and economical for starting something on my own. It didn’t take much thought before I’d packed and moved.

How did the idea of The Bold Creative come about?

At first when I’d shifted to Bangalore, the idea was to just do work that we liked doing. We didn’t know if we would be a design studio, a production house or an advertising agency. But as our hair grew white, and we realized the kind of work we had been doing. The agency model seemed to fit just right, and then the vision of being a large agency came about. That was really how it started, and was rather organic. 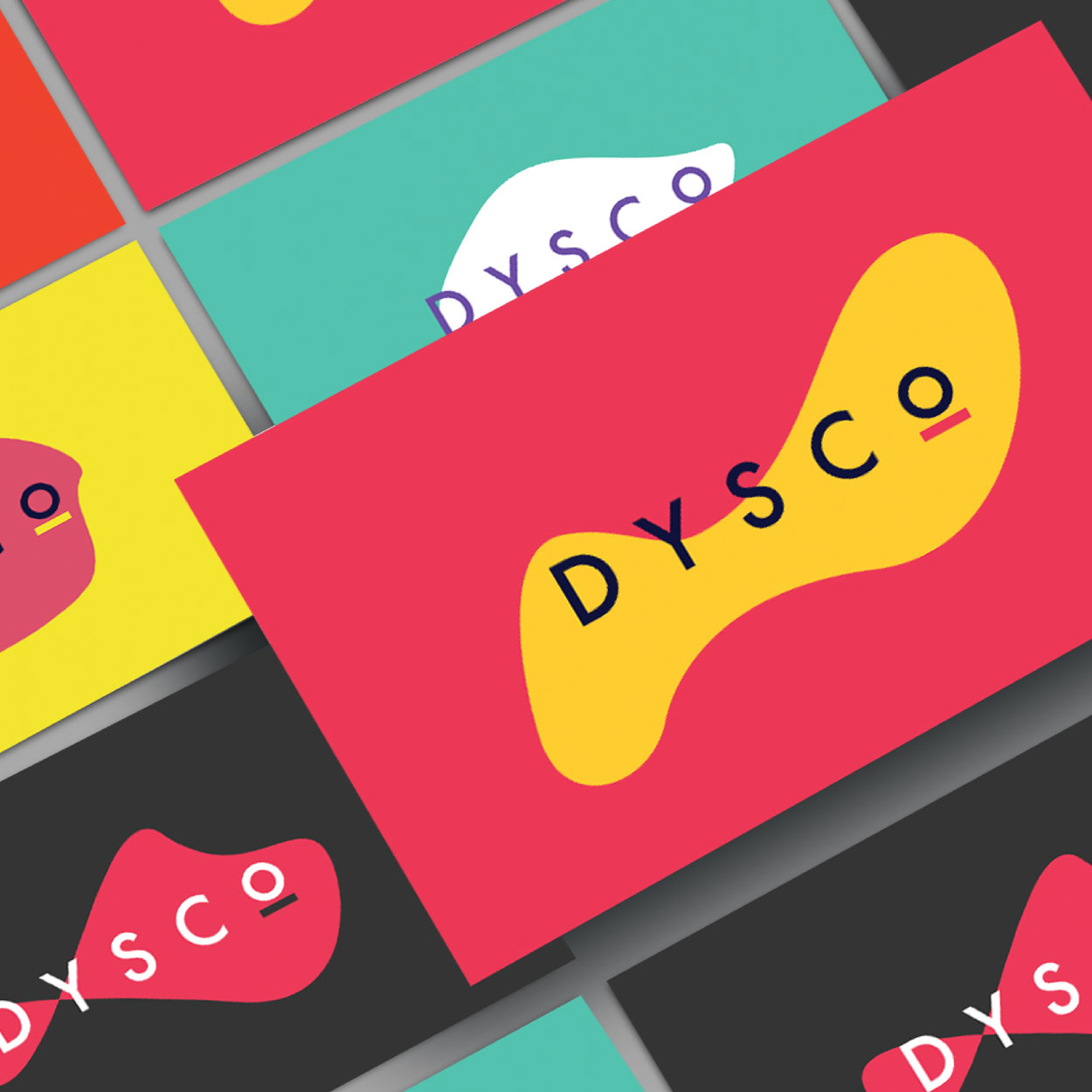 Could you share a typical work day with us?

A typical work day starts with me waking up and squinting to check my emails and messages on my phone. I then spend my morning at home making a list of ‘to do’s’ for the day, and then heading down to office.

Our help at The Bold, Kamrul starts my day with his amazing coffee, and I get to sending off emails first thing. I then break into either brainstorms with the team, or meetings, or shoots. Depending on what the day has in store. The major chunk of my day is never typical really. There is always a new schedule. So I guess the coffee and the ‘to do’ is what always remains constant.

My work day usually ends very late, and I head back home only by about 11pm or later. That’s something I’m trying to work on, but the thought of leaving office kinda freaks me out. Probably cause I wouldn’t know what else to do if I did leave office early.

As far as process goes, it varies from medium to medium and project to project. Considering we do branding, advertising, UI/UX, films and so on. There is a unique process for each of them.
My personal thinking for any project always starts with an insight. Which could be a dialogue that I’ve heard someone say, a behavior, an emotion or anything that a human being really expresses. I’ve always felt that design or communication needs to hit the spot. Hence it’s very important for me to be able to relate to the work I do, else it just feels like making plastic. 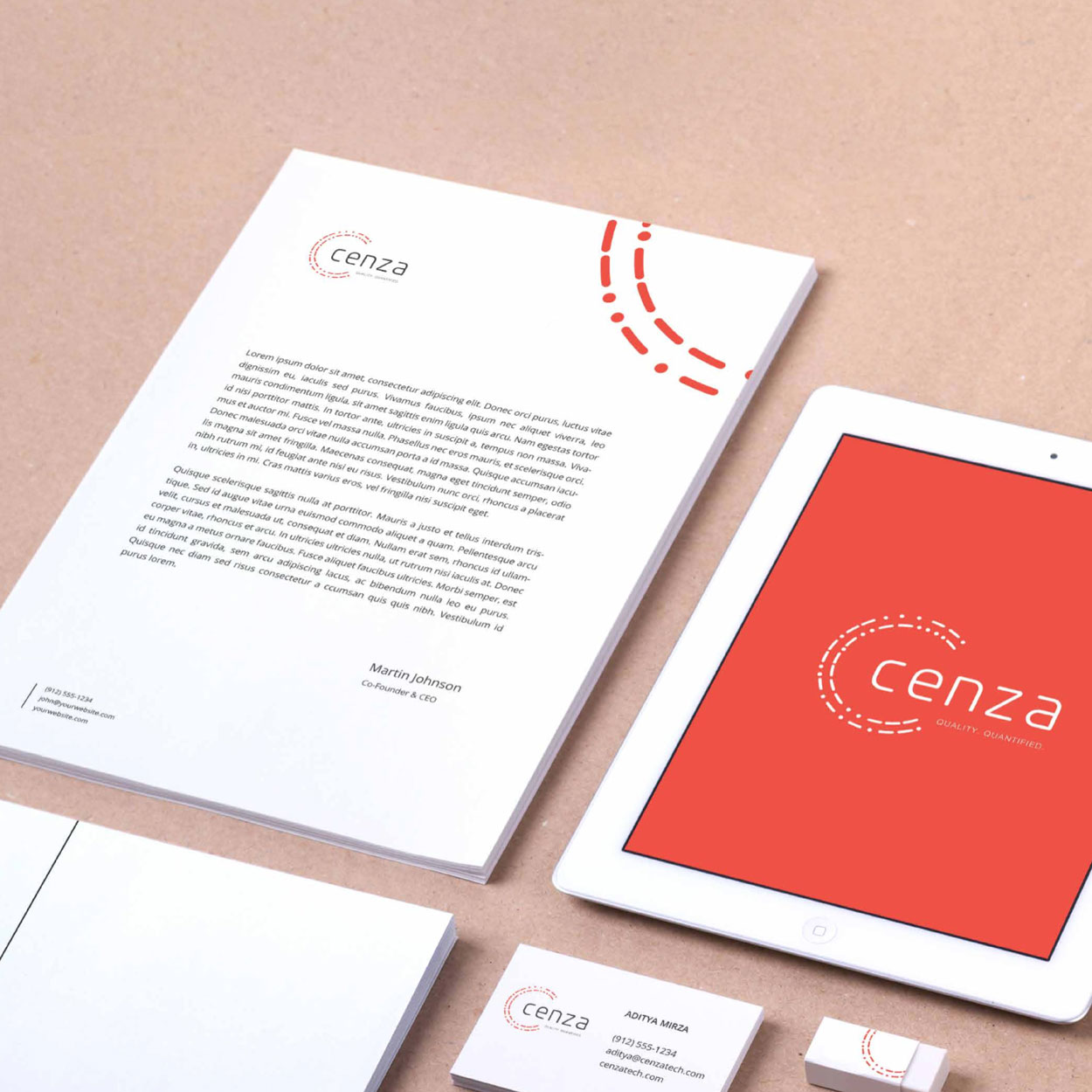 What sets your work apart from another agency?

Not really sure how to answer that question, because I do look up to a lot of agencies and their work. But if there was a unique thing that sets us apart it is our confidence in our team. We have an average age of 22 in the company and these youngsters make a killing on big projects too. Being a young leader, I know the importance of giving young thoughts and ideas a chance. So we try not to rely on traditional work or templates that have worked in the industry so far, but give everyone regardless of their years in the industry a confident chance to bring new things to the table. That for me is truly unique, cause most young designers lack confidence in their ideas and their approach. Finding a way to tap that potential is what we do best, and hence are able to make a mark for ourselves.

What are some of the hurdles you face as a young business?

Most hurdles we face are common to people in our business, like money, team, taxes, administration etc. But I think what we’ve combated a lot is a pure perception issue, being a young agency that was once lead by a 22 year old was a bit difficult to sell to clients. We were perceived as a bunch of kids, and changing that perception of being a serious and relevant agency has been the toughest. We still face that, but maybe only with bigger clients. 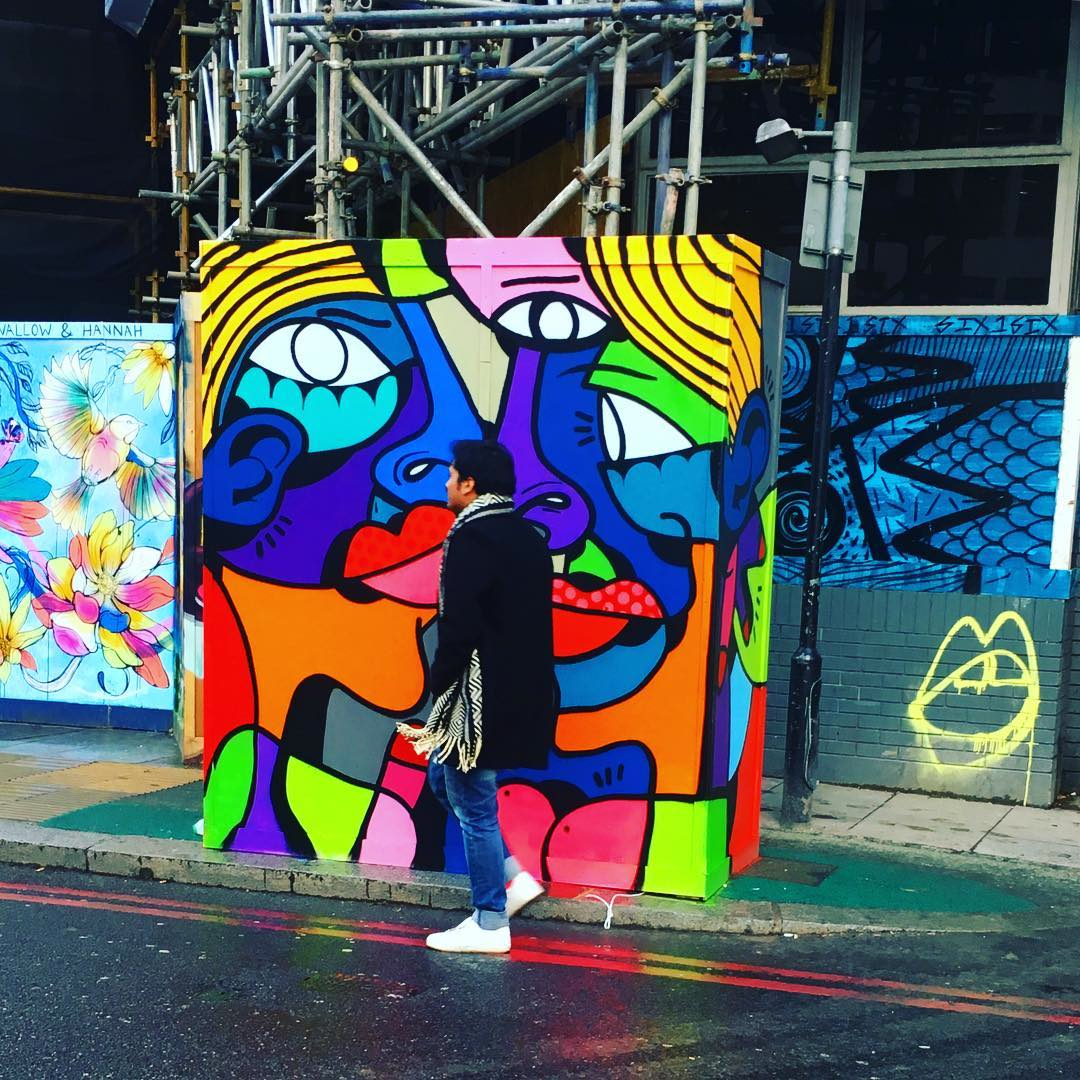 What is the next step you see for your business? Expansion plans?

We’ve been thinking of starting another branch in Mumbai for a while now. Given that the film industry is there, our films department could work a lot faster if we situated ourselves in Mumbai. Our revenues are doubling year on year, so we are trying to keep that constant, and hopefully set bigger targets in order to achieve the new branch expansion.
However, my ultimate vision of the agency is to be a worldwide agency, which has its office at NYC. TBC NYC as we casually joke about it in office.

This is the hardest question of them all. I can’t figure between coffee or beer as my favorite drink, I also really love whisky.
A movie that has moved me a lot, and I look up to for brilliant storytelling and characters is Monsoon Wedding by Mira Nair. I think I’ve probably seem it over a hundred times.
My favourite place to visit in Bangalore is a bar called Toit. I’m usually there every weekend drinking a brew, and cribbing about my week.
But if I have to find a place that I truly love visiting, it is Dili Haat in New Delhi. As children my father used to take us there for chicken momos and fruit beer. That place always brings back tonnes of nostalgia and emotion.
As an adult I’ve read plenty of books ranging with various subjects. But my favorite has to be ‘The Room on the Roof’ by Ruskin Bond. He as a writer just knows where to tickle me, and my film ‘He Who Chased the Train’ takes its protagonist’s name from the book ‘Rusty’. 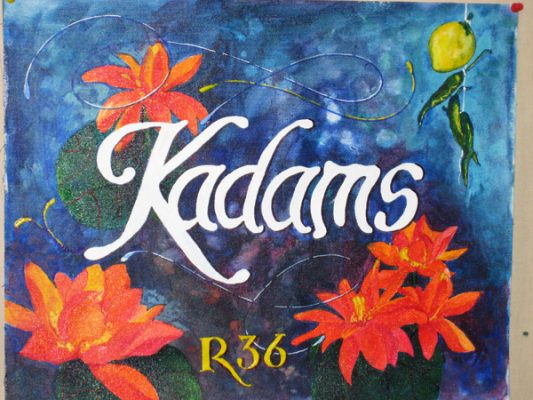