These blue curtains hold a lot of memories for our family. My parents met and married in 1970 and this was the first set of curtains they bought back then for their new home. The fabric is a beautiful silk weave in an absolutely gorgeous blue/teal color. I understand that these cost a princely sum even back then and that was in spite of the fact that they were both earning as they were both officers in the Indian Air force.
Growing up I remember them in some room or the other almost all my life. So when I got married I asked my mum for them to start my new home with. However after many years of washing and shifting homes – they were beginning to show their age. But you know me, I can’t throw something away if I think it can be re-purposed in any way. So, two curtains were creatively cut and used to upholster two chairs some years ago. And a third was used to make four cushion covers. Sadly the parts that were totally worn had to be discarded. Mind you those bits went into making stuffing for my little pom pom thingamees/charms that are usually on almost every bag that goes out of the studio. 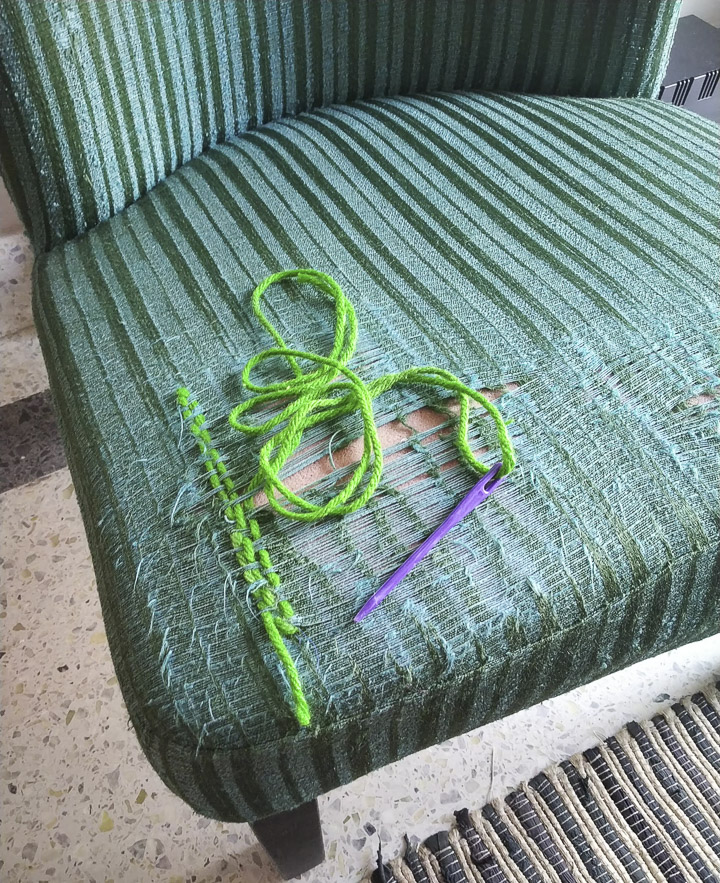 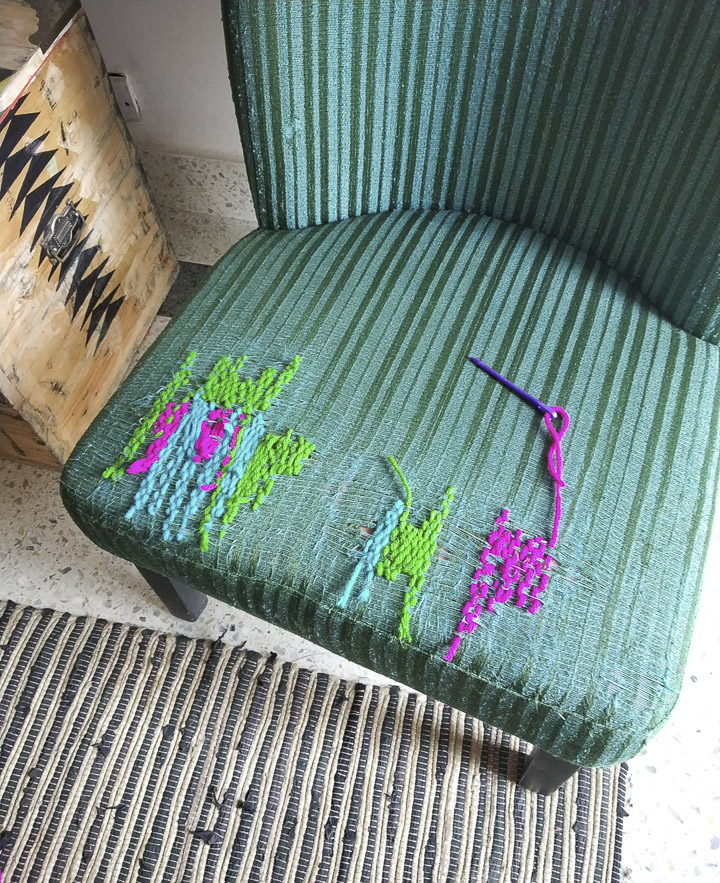 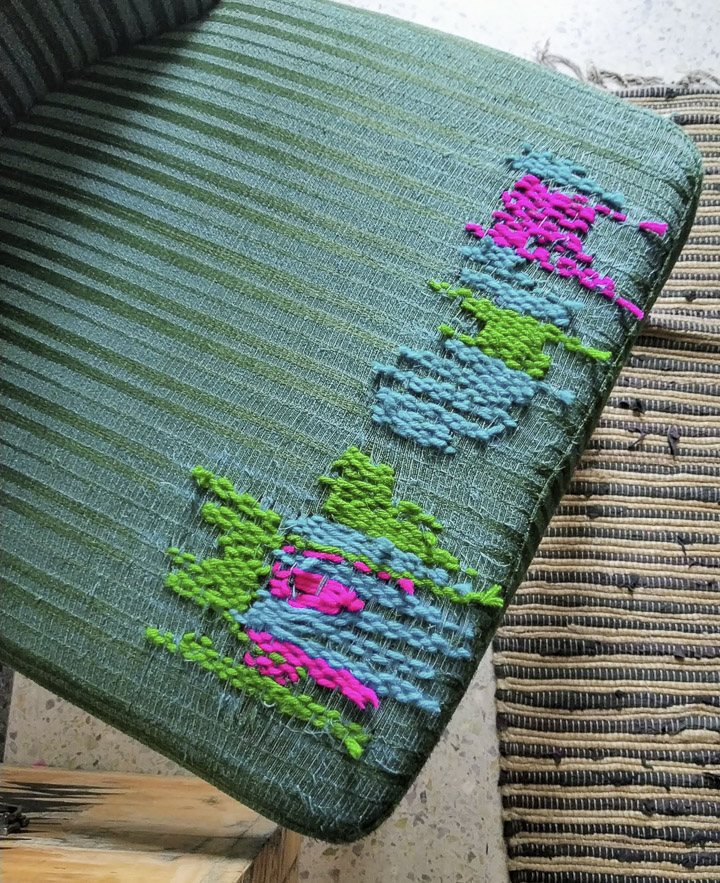 I still have five curtains. They grace my studio to this day. But old fabric and constant wear on one of the chairs meant that parts were becoming thread bare on one chair. So I got to work. Having learnt the basics at a workshop with master weaver and designer Julie Kagti, I did a very rough weave with thick wool threads on to the existing chair. I am happy to say I now have a few more years with the fabric 🙂 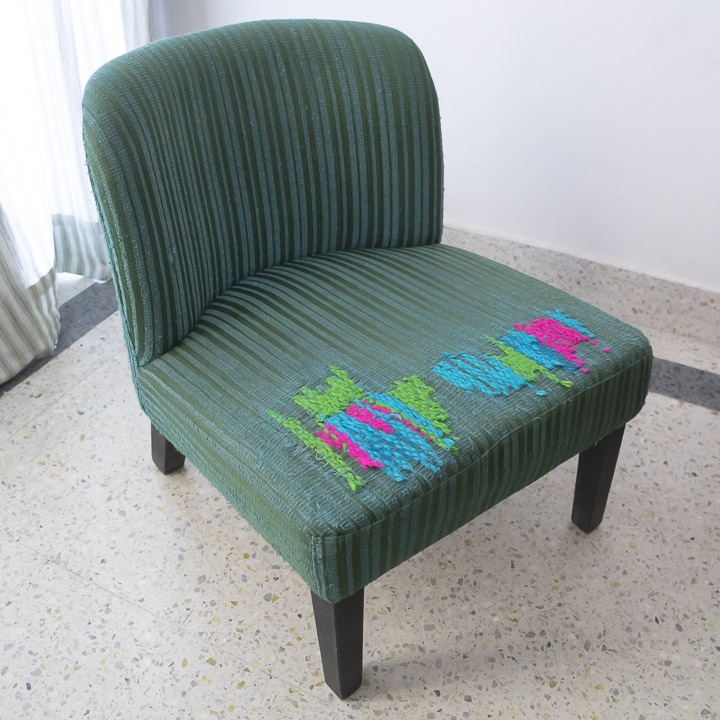