I rarely get to travel sans family. So this five day trip to Kashi was special.  Made more so because I went with three girlfriends. One of whom is Roopa Pai. Roopa was going for ‘The Bookaroo Children’s Literary Festival’ and the three of us decided to give her some company. 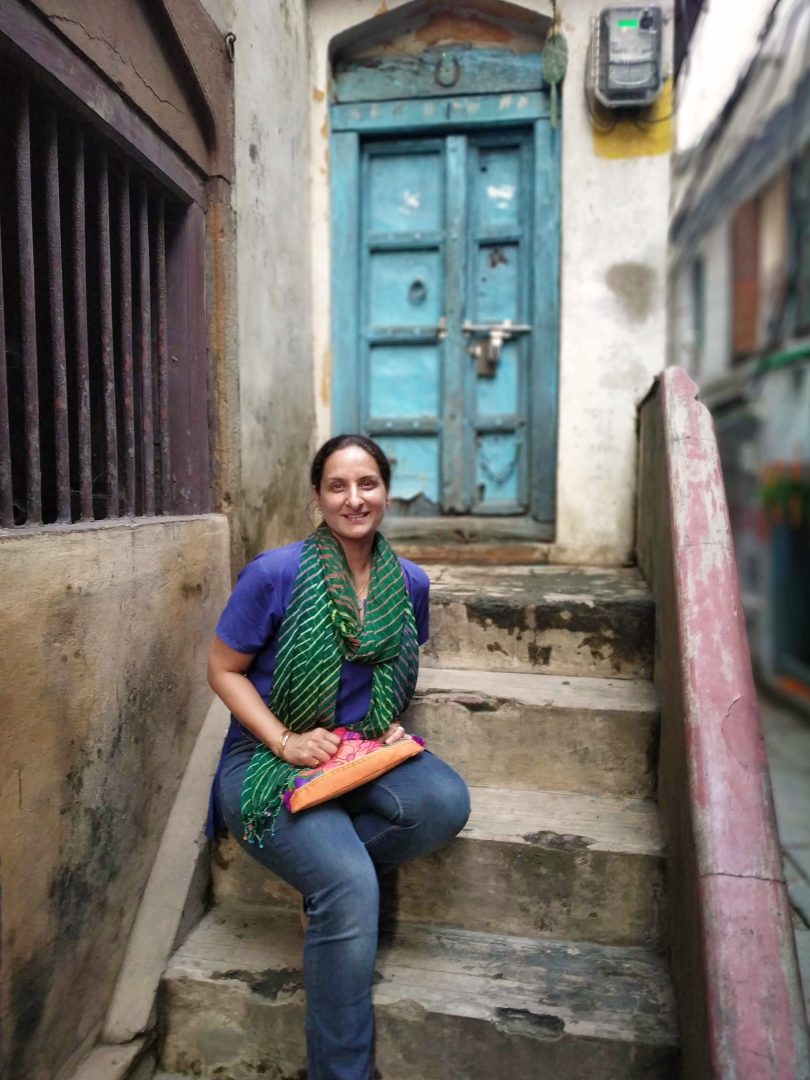 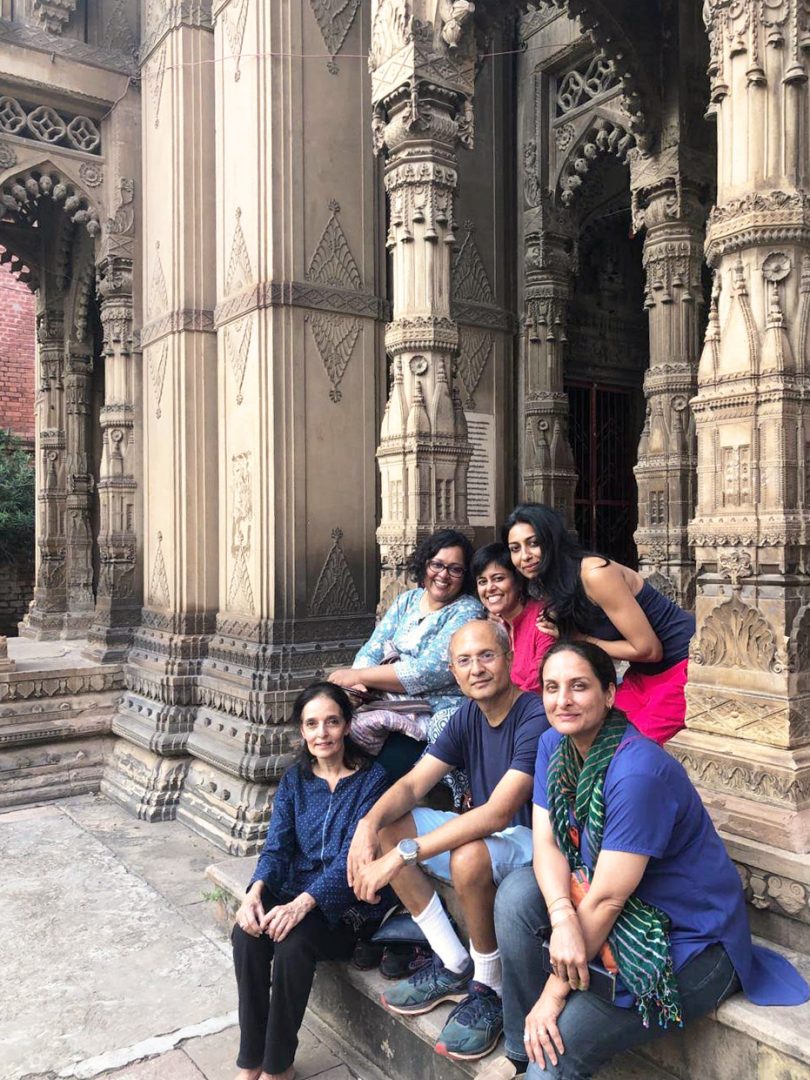 I loved Kashi/Varanasi/Banaras with every fiber of my being. I can so imagine living there. Actually I look forward to spending at least three months just soaking in the city one of these days. Let see – if ‘He’ calls again I will go. 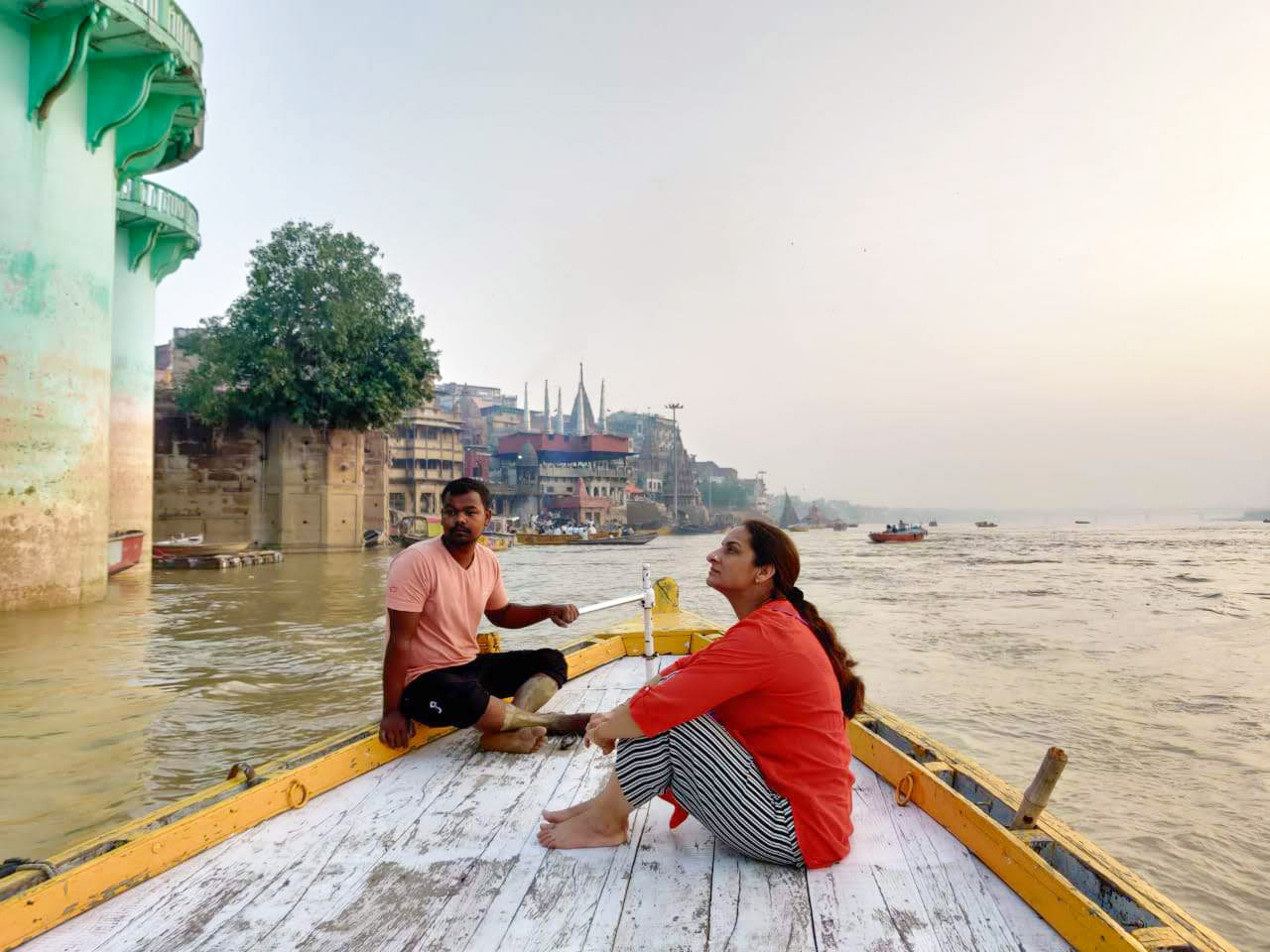 My trip to Kashi was deeply moving for me. I found myself connecting with legends and stories about Shiva. Every galli has a story to tell either through words or through imagery. I think every frame in Kashi is either paintable/sketch-able or photographable -Micro/Macro, Birds eye view or ants eye view.

I had heard horror stories of just how dirty the city is and was prepared – with rubber chappals that could be washed along with my feet a gazillion times a day. But to my pleasant surprise the city is clean, the river and the ghats even cleaner. The Ganga had flooded these rains and there were still some 15 feet of water to recede for the ghat line to go back to ‘normal’ and be visible. And that is after some 15 feet had already gone down. Usually one can walk along the entire ghat line of some 84 ghats. But this time due to the water level being so high the steps to the ghats in places were not even visible. 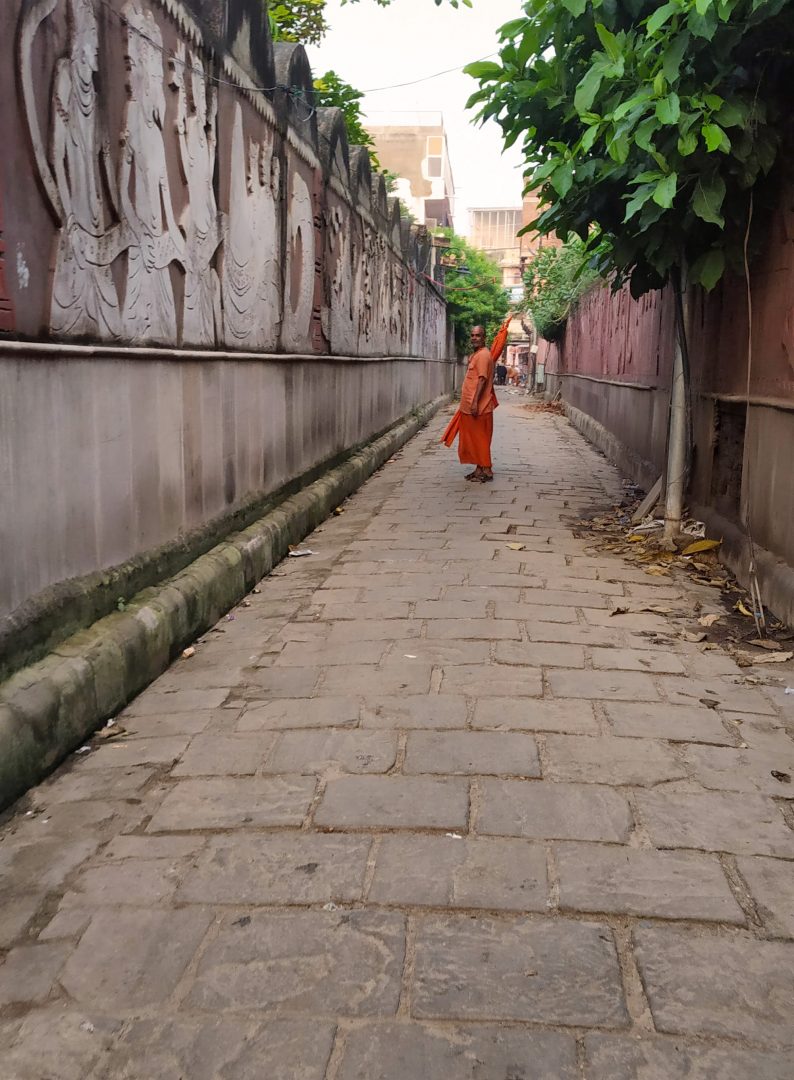 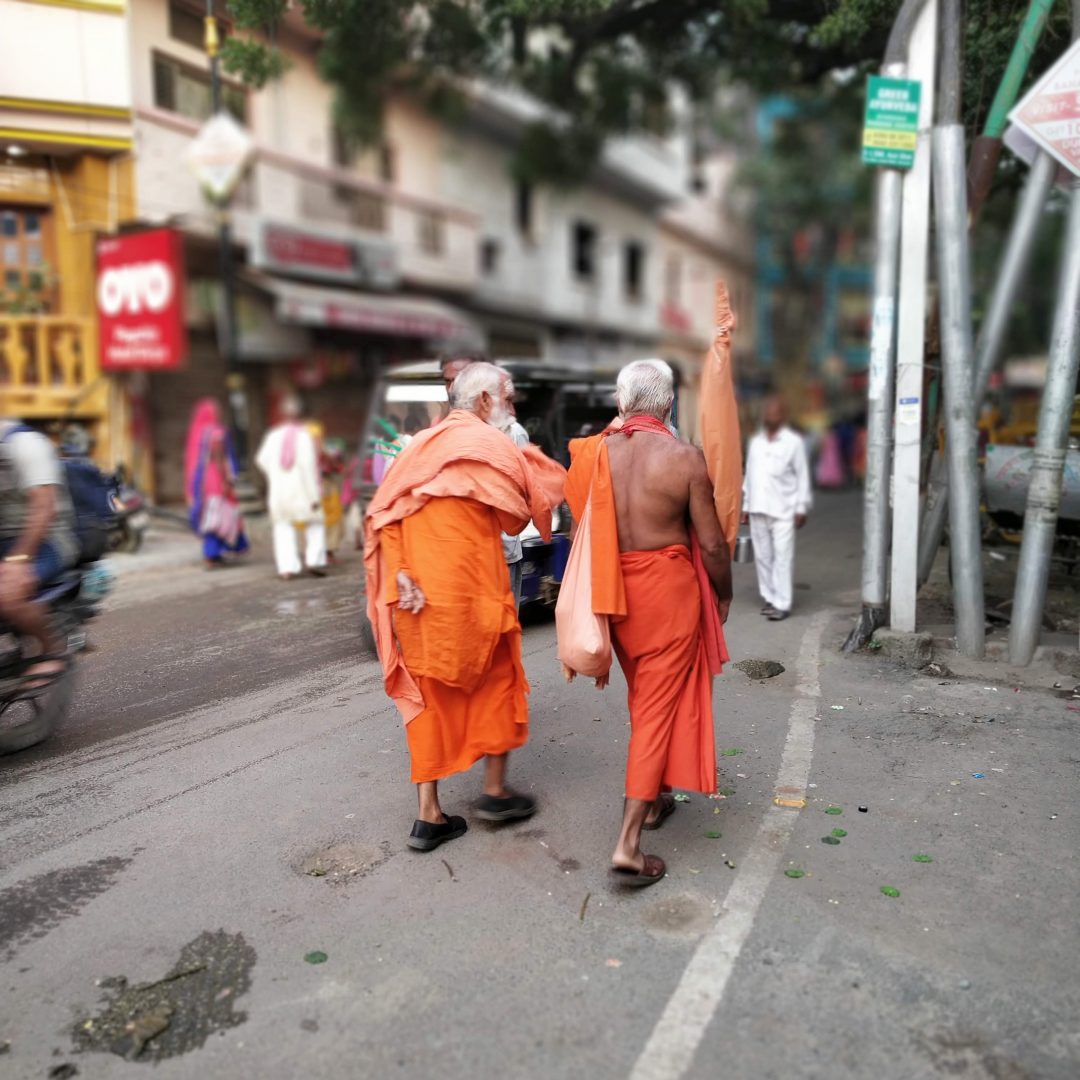 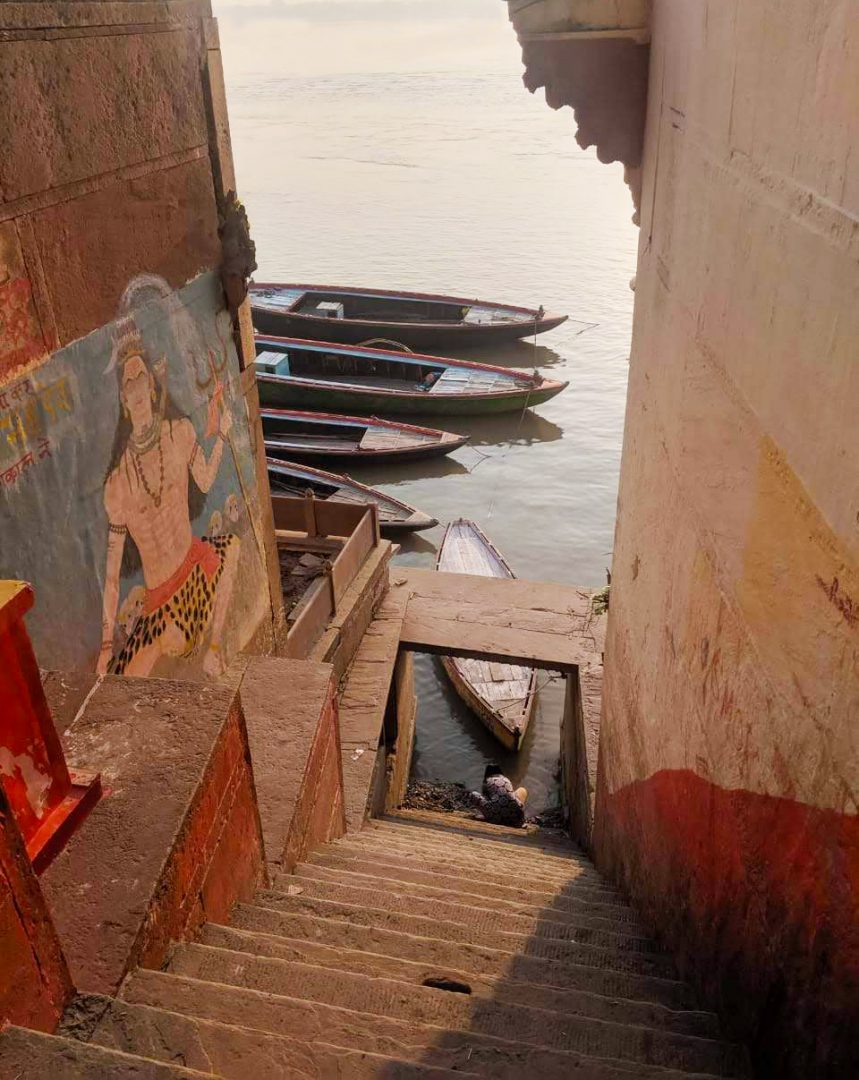 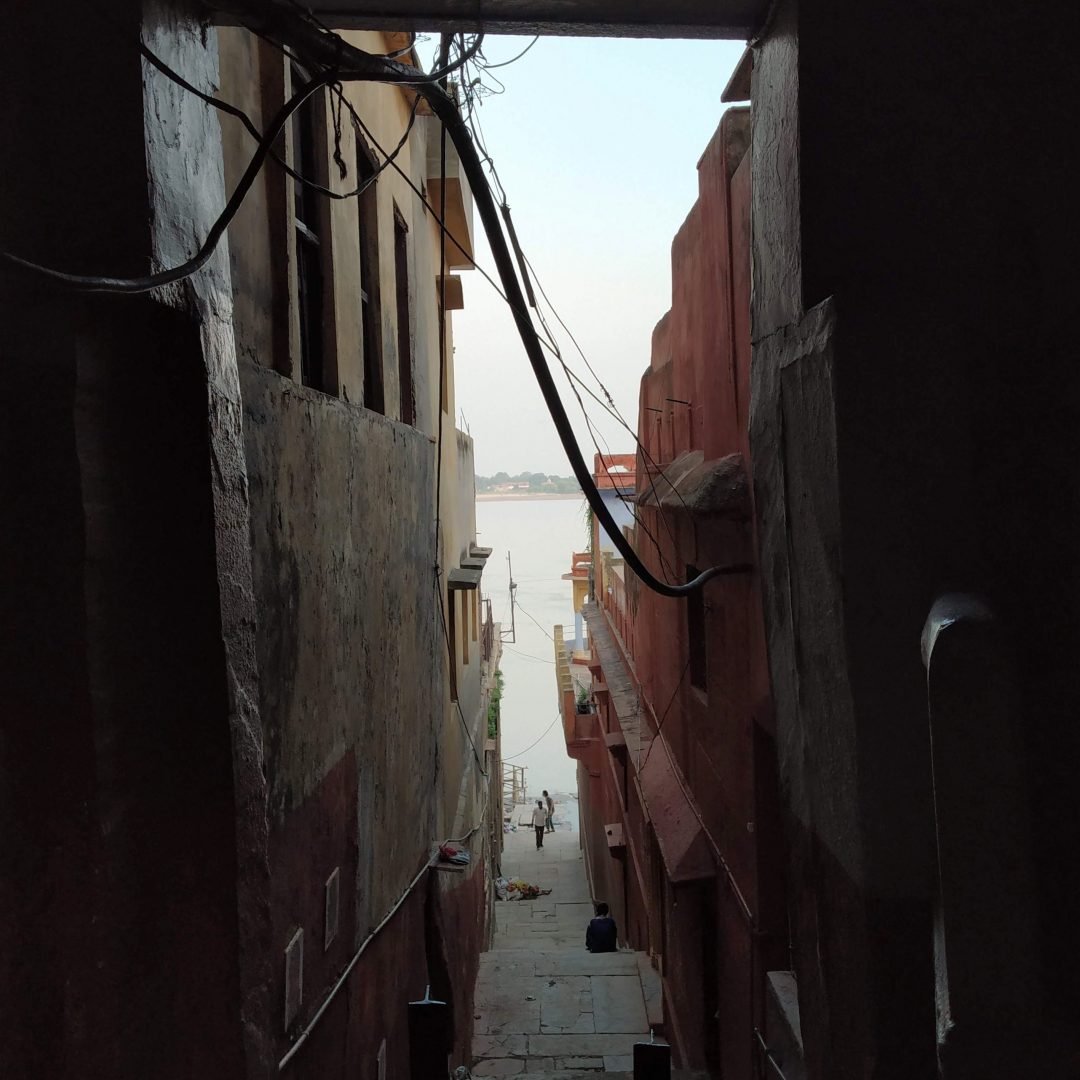 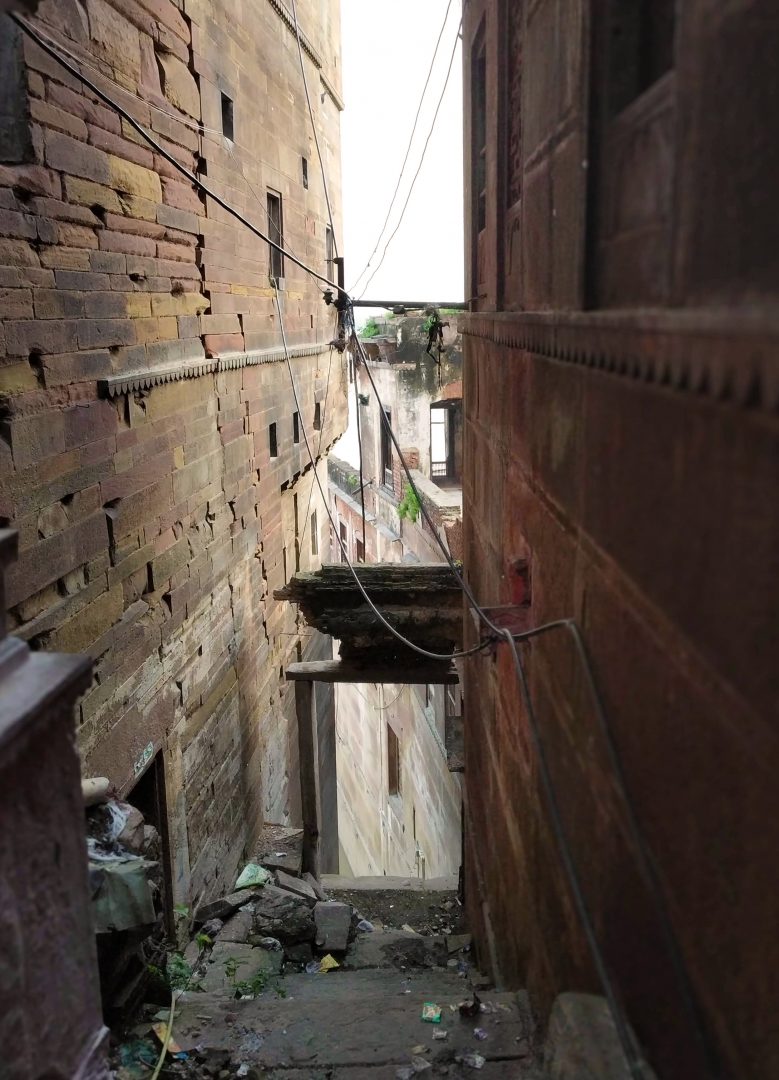 The other thing to note was that I genuinely felt no communal tension or disharmony especially so close to the pending Ayodhya verdict.  Hindus and Muslims seemed so comfortable with each other and with us. No one asked my name. No one asked me whether I was Hindu or Muslim or what caste I belonged to. Everyone was polite and courteous. The traffic though was killer with livestock, automobiles and people on the roads and yet in five days I saw no sign of road rage- None at all. Everyone sort of just carried on. All my girlfriends remarked at different times that we felt safe in the city as women. Not once did I even get a sense of a creepy glance my way. In fact each time I got pushed out of line it was from a boisterous bunch of ladies who just wanted to get to the front en masse at just that time. And the look they gave me was one of ‘err… Madam, slight adjust madam’?

They say that to die in Varanasi is akin to attaining Moksh. Legend goes that Lord Shiva in his quest to find his wife, Parvati’s missing erring whispers in the ear of the departed. ‘He’ asks if the departed soul has seen the earring. The answer notwithstanding, the fact that ‘He’ whispered in your ear is Moksh!!  The fire at Manikarnika (one of the two ghats where bodies are still burnt to this day) is said to be over 3500 years old. It has never gone out. As one pyre is lit from the pyre before it. Some 300-500 bodies burn at Manikarnika everyday. It is strange but I saw no tears. Just an easy acceptance of the inevitability of death. As one gets closer to the ghat, the walls are lined with logs of wood. And finally there is the weighing scale. A stark reminder that in the end – that is all there is. But not to get too morbid, the galli one uses to get to Manikarnika is called the Kachori galli. And you guessed it. It has many stalls with delicious food 🙂 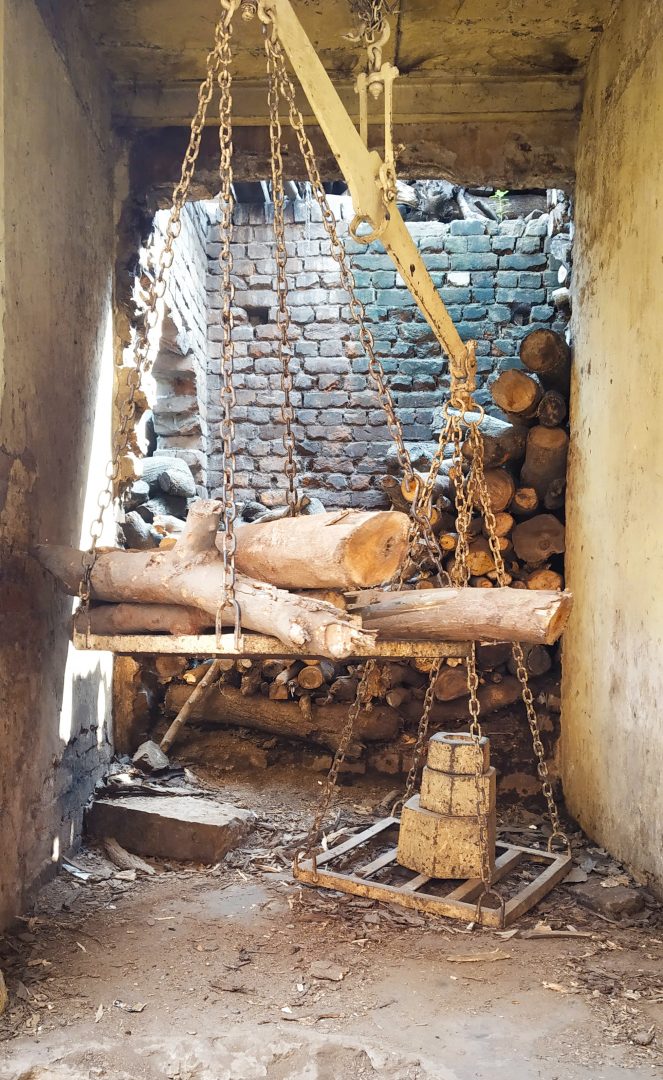 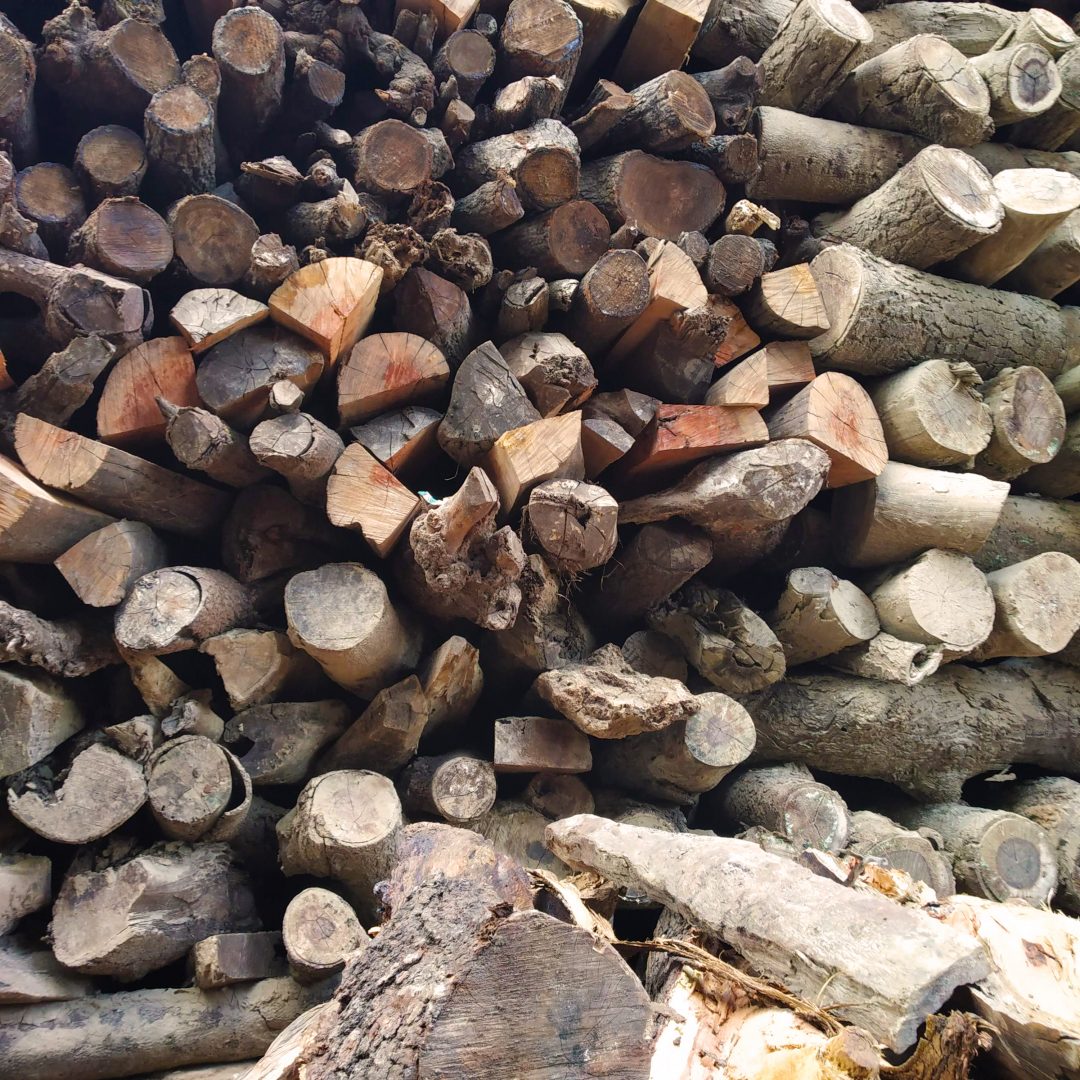 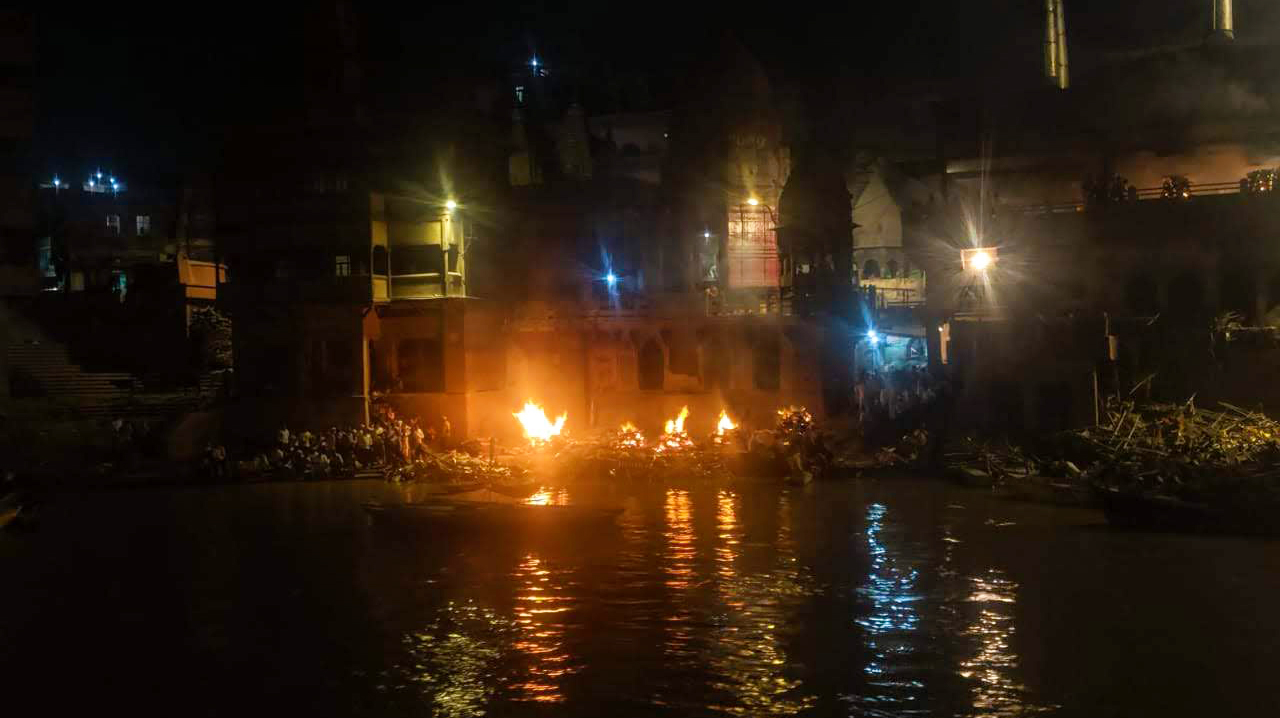 I witnessed the aarti on the ghats in the morning and the evening and on Sharad poonima no less, on land and from a boat. I saw thousands gather each morning and evening and I have to say I was not witness to one mob fight or a fight about trying to get ahead. The city and its people just seemed to make way for everyone.
People come to Varansi to die. So it is said if you go back alive then you must give up something dear to you. It is not mandatory but… once you make up your mind, you light an eco friendly diya and let it float away on a bowl made of leaves on the Ganga. 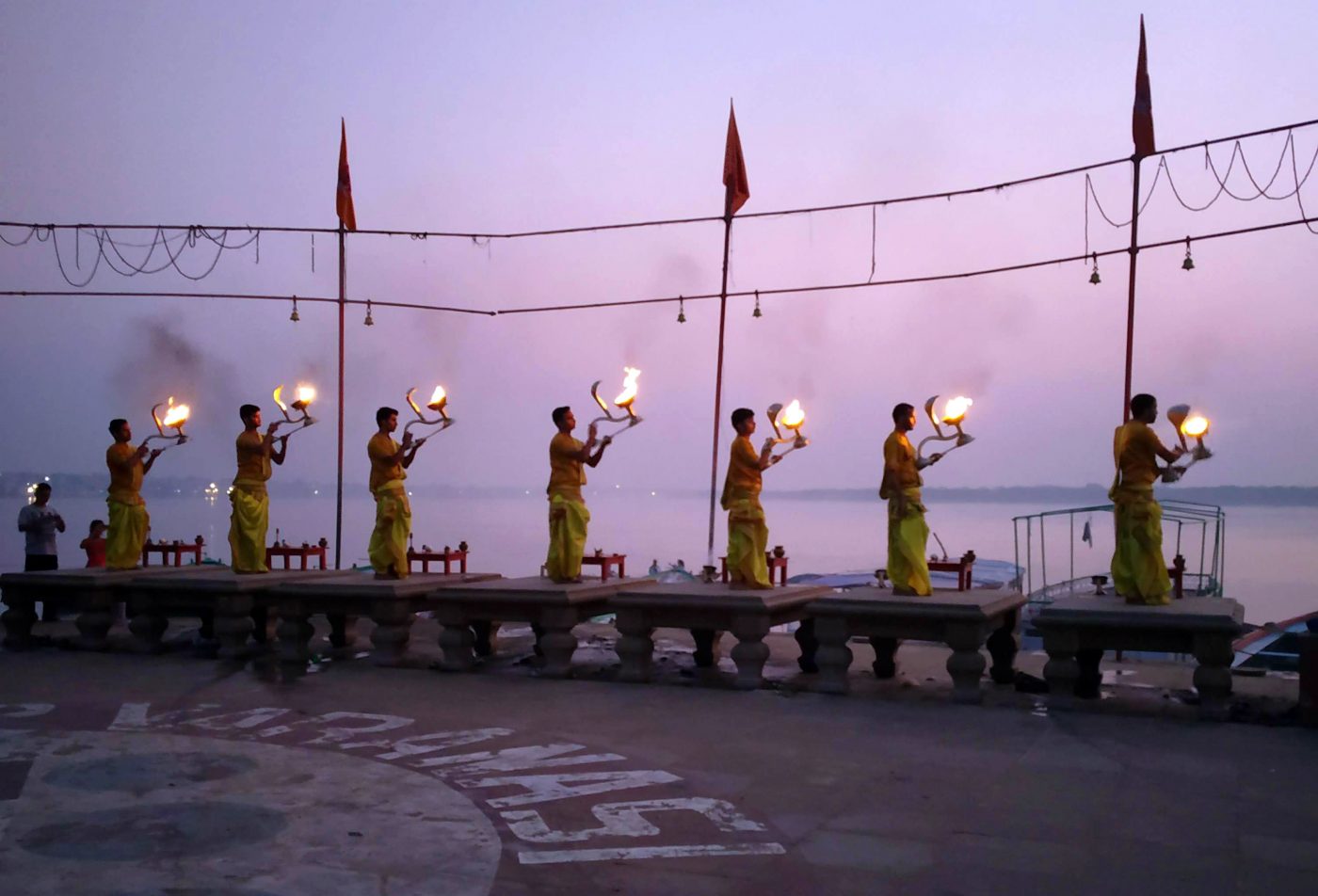 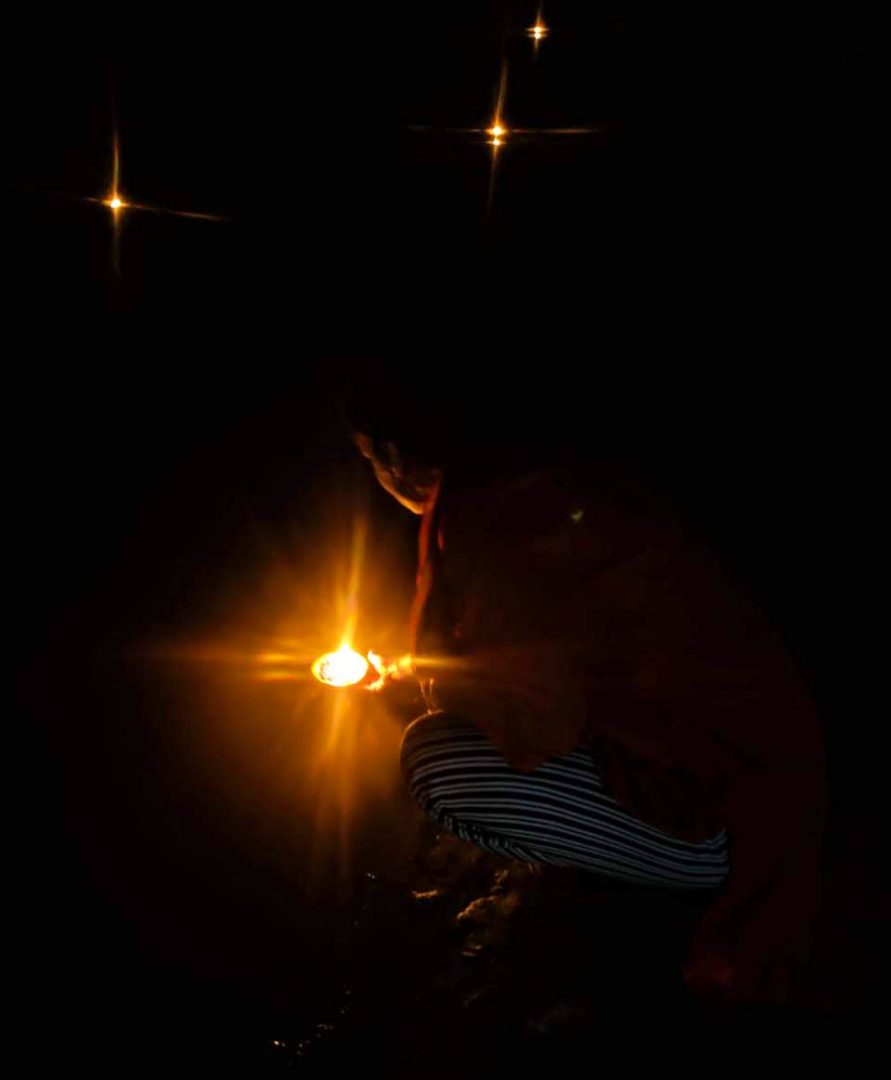 Through a series of serendipitous events, I found myself with access to the inner sanctum sanctorum at both the Kashi Vishwanath and Kaal Bairav temples.

At Kashi Vishwanath, I was given a rudraksha string which had adorned the Shiv Linga a few moments before it was put around my neck by one of the Saptrishi.

At Kaal Bairav – it is said that ‘He’ alone allows you to enter and he alone can permit you to leave Kashi. I fell violently ill for about 12 hrs after my Kashi Vishwanath temple visit and had to rest so I was only able to make it to the Kaal Bairav temple until some thirty minutes before I was to leave Kashi.  It was a mad dash through narrow gallis while my friend waited in an auto for me. 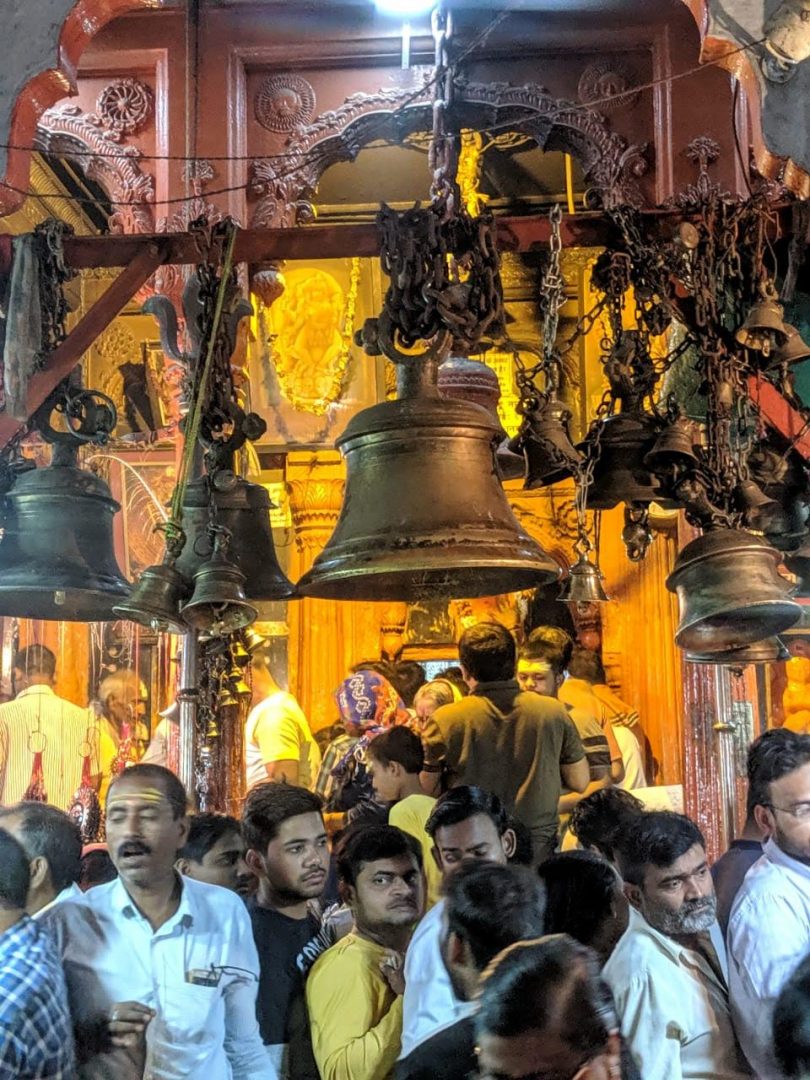 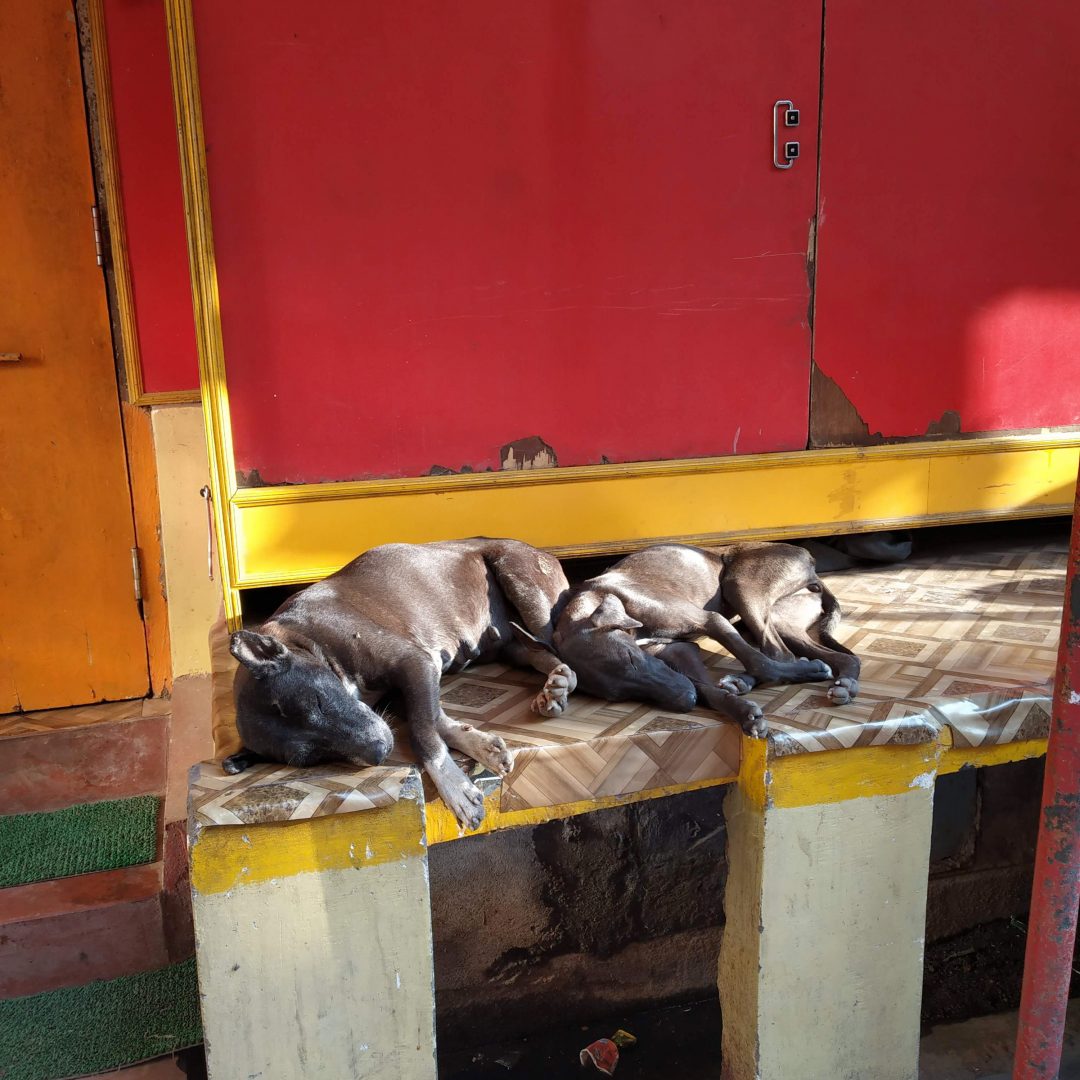 As soon as I finished my prayer, the pujari sitting next to the idol took off a garland of blue flowers from around the idol’s neck and threw it around mine and put a teeka on my forehead. I bowed and left the inner sanctum. On my way out someone randomly threw a showering of vibhuti liquid over me.

I took the garland and the vibhuti to signify that ‘He” had accepted my prayer. That same prayer that I had fervently made whilst I lit a diya nestled on a dried leaf bowl and then gently let it adrift on the waters of the Ganga.