Custom commissions of portraits are challenging to say the least. It’s terrifying before I actually start the work. Then I slowly get into the flow of it and it gets less terrifying.

This latest painting of Nishi and her dad, Uttam was all kinds of terrifying. Sindhoor wanted the portrait done as a birthday gift for her husband. Nothing out of the ordinary in that, What was tough was that the image to be used as reference was old and grainy and very low res. Also both the father and daughter were not clearly seen. Their faces were not looking at the camera or were obscured. But it was a favorite photograph and held very dear memories. 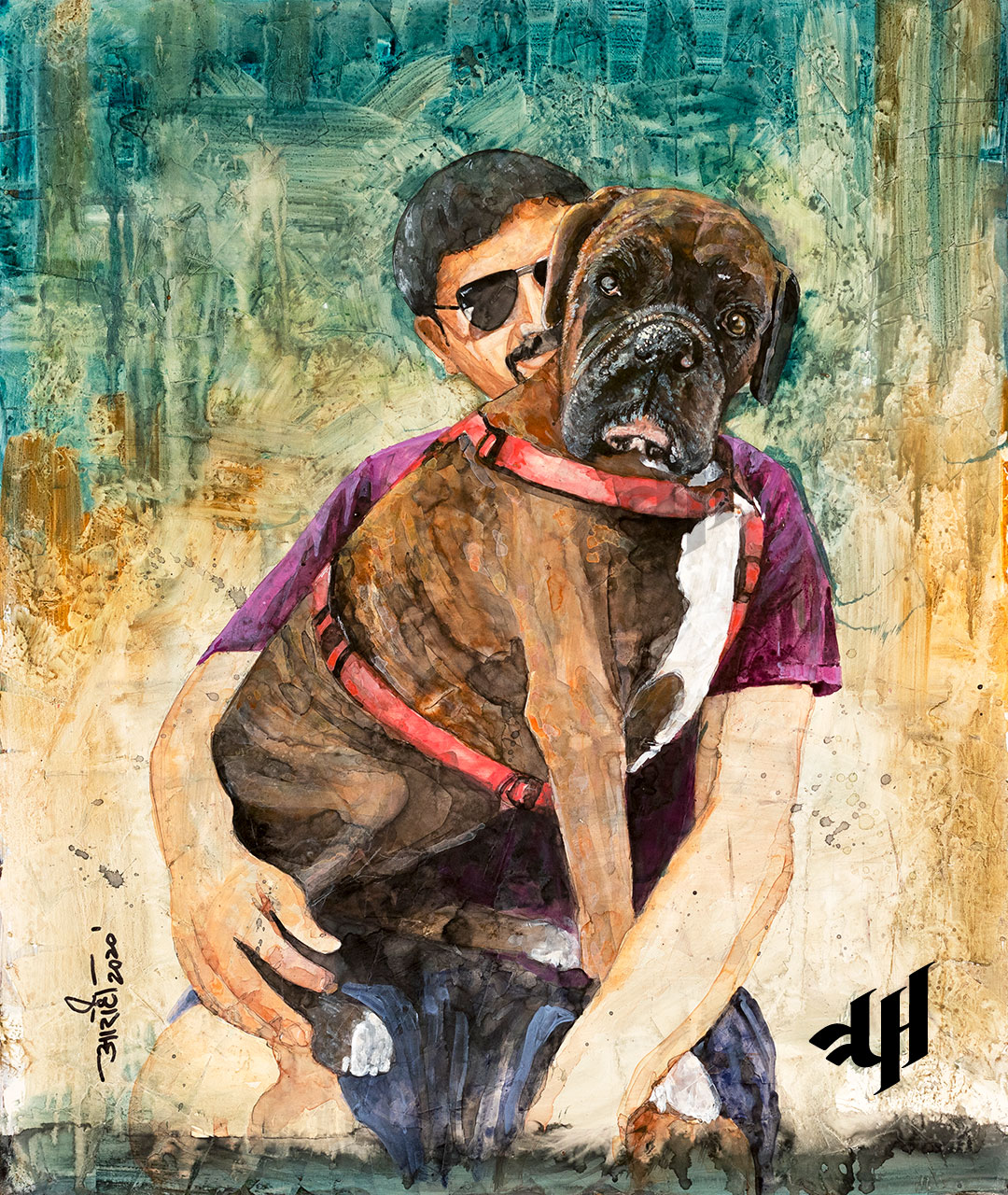 I requested Sindhoor for a different photograph, even suggested she take fresh ones or send me some other. But no it had to be this one; complete with little idli specks on Nishi’s face. My first, second and third impulse was to say no and refuse. But Sindhoor is a dear friend and this portrait means a lot to them.

You see Nishi is now almost 11 years old. She is getting older and slowly loosing eyesight in her one remaining good eye. Nishi had a terrible accident when she was just 11 months old. A car ran over the right side of her face. She lost one eye and had a lot of damage to the right side. I understand that she is a remarkable dog. Although she has lost all sensation on the right side, she has not let it affect her spirit at all. Over the years at first glance one can’t tell that Nishi has any other problem than being blind in one eye. 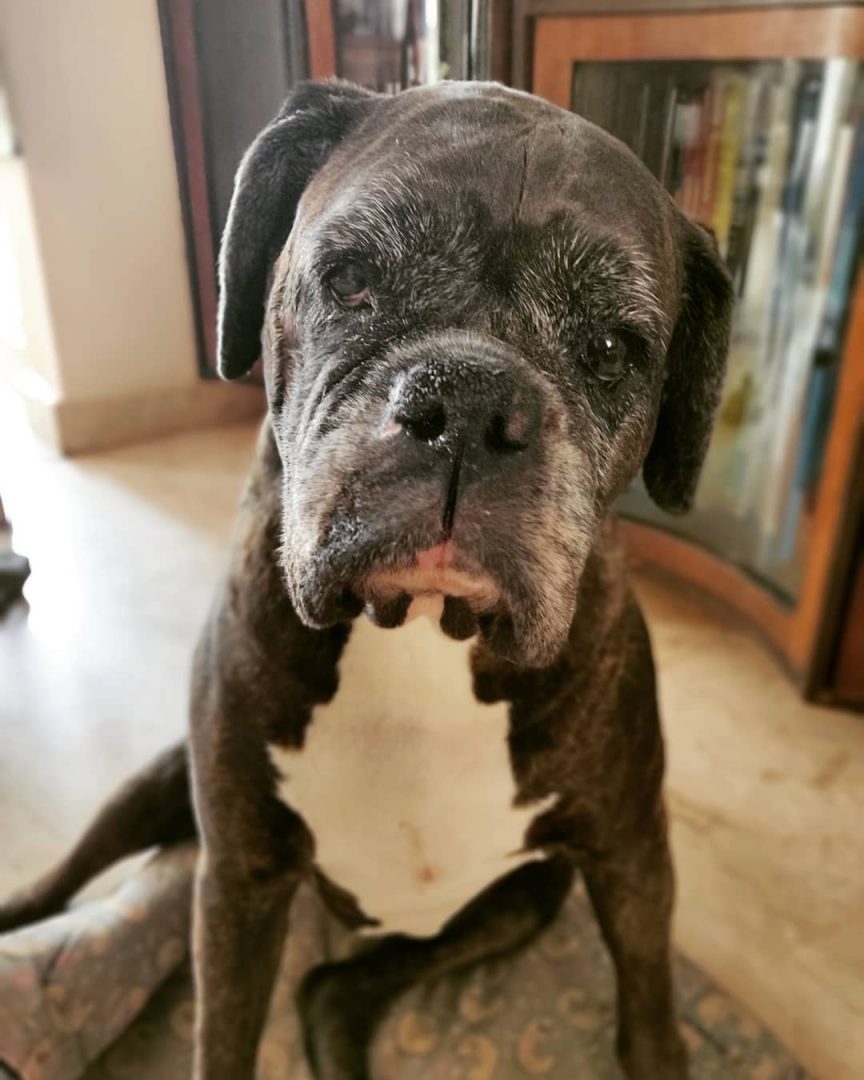 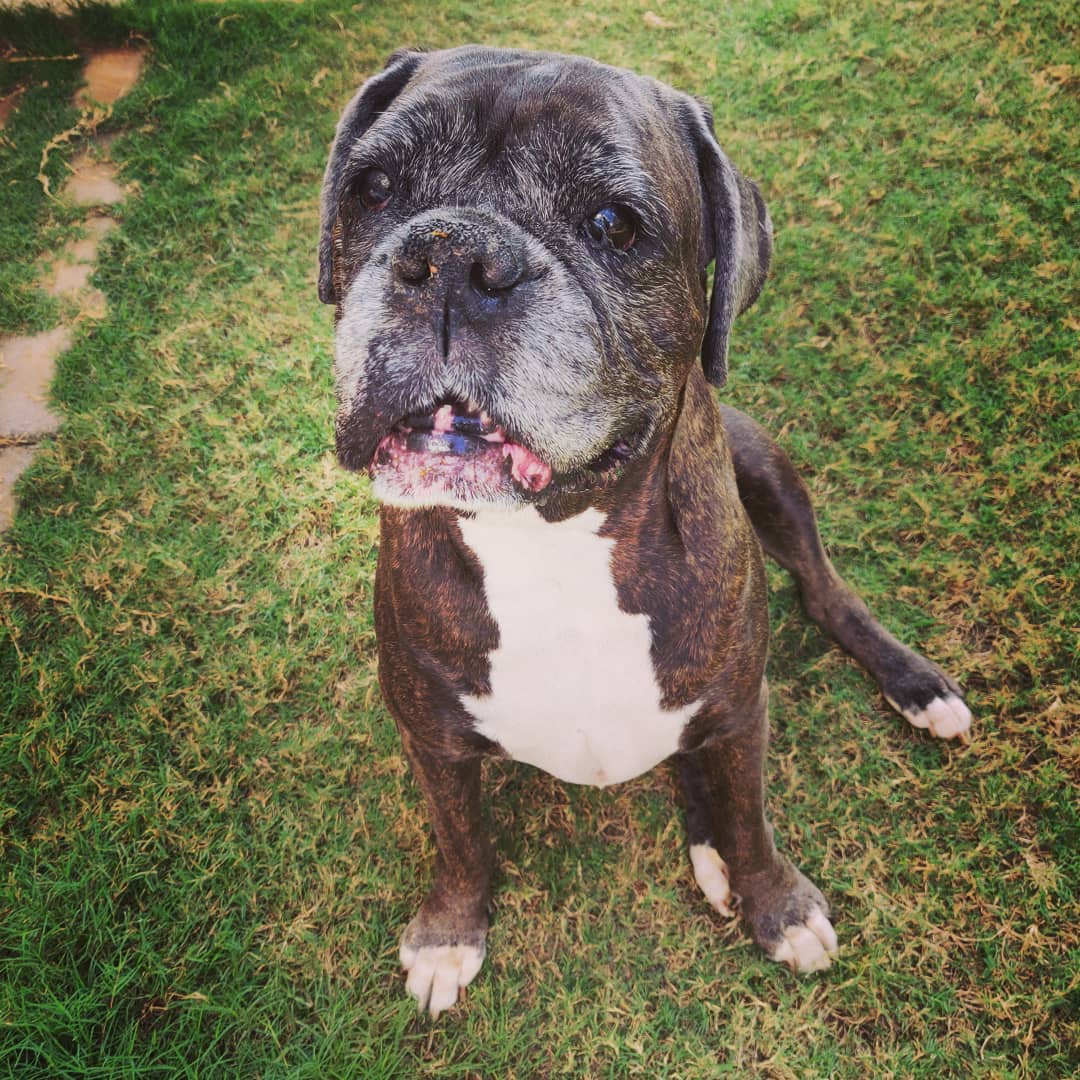 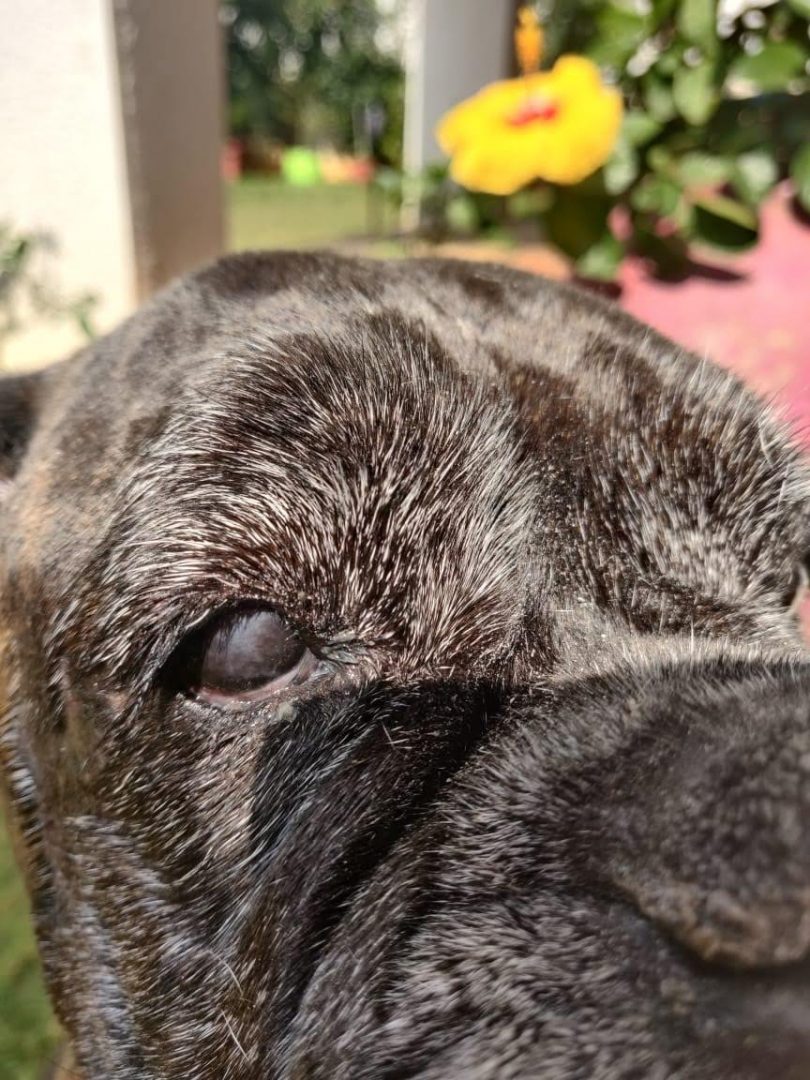 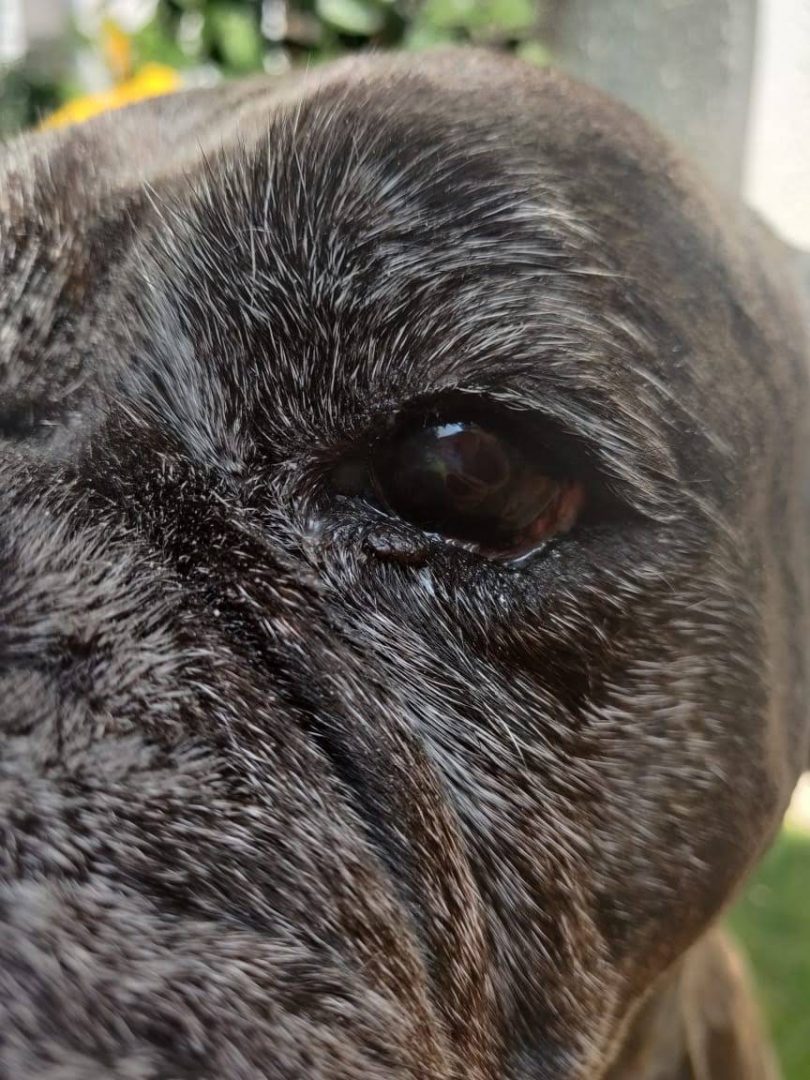 She is adorable and adored. So you see why I could not refuse?
Sindhoor sent me multiple images to work from and allowed me free access to her photographs on both Instagram and Face Book. I in turn was a stalker par excellence. I took the same base image, used two other images as reference for both Uttam and Nishi’s face. The added complication was that the reference image I used was of Nishi as she is now but the original image was from some 8 years ago. So then I added another older image with the face at a slightly different angle to look for details and color matching.

Did I mention we did all this communication over WhatsApp so Sindhoor had to send me detailed  images of where slight changes needed to be made keeping in mind that Nishi had some scarring, one blind eye, a dry nose on one side and a slightly fuller lip/jowl on the injured side.

All in all it has been extremely frustrating in parts but I am thrilled with the way the finished painting looks. It helps that both Sindhoor and Uttam love it. This is Uttam’s first reaction on seeing the painting. 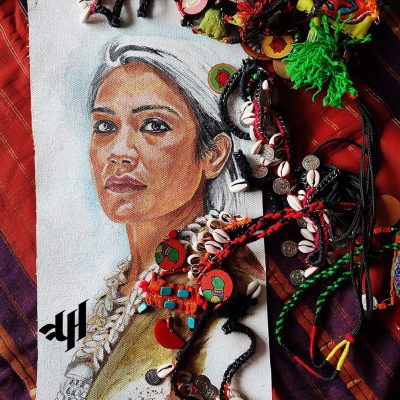