I get enquiries from far and wide sometimes from recommendations and then sometimes because someone chanced upon my work somewhere at some time. Balinder reached out to me with three really striking pictures that he wanted me to paint. The first obvious question was if he had the requisite permissions for me to use them as reference. He did. They were taken by a dear friend of his to document the ongoing Farmers’ protests in Punjab – India.

The pictures were in black and white but Balinder gave me full freedom to choose my own color scheme. His one request – one sardar gentleman’s turban had to be an akali blue J and he hoped for me to capture the grit and resilience you see on the three men’s faces. I think I did that.

This commission is very dear to my client’s heart as his father is a farmer. The Farmer protests in Punjab are the rage right now. The government of India introduced three farm laws to streamline farming in India. But as often happens there was a slip between the cup and the lip. Now while I have very strong views on the protests and the new farm laws, I don’t necessarily feel like getting into it right now. New laws are needed but implementation should have been thought through a tad bit better!

While I can see merits and pitfalls on both sides, I can tell you we have had some very tempestuous discussions at home about the same. I rarely get into a debate about anything online though. I tend to have very strong opinions and it does always bode well to air those in a few lines on a comment box on social media 🙂

Do note that all the pieces on brown paper are photographed in strong daylight. So, the painting looks very bright. In reality, the face looks a little mellower emerging from the background. But they are striking. 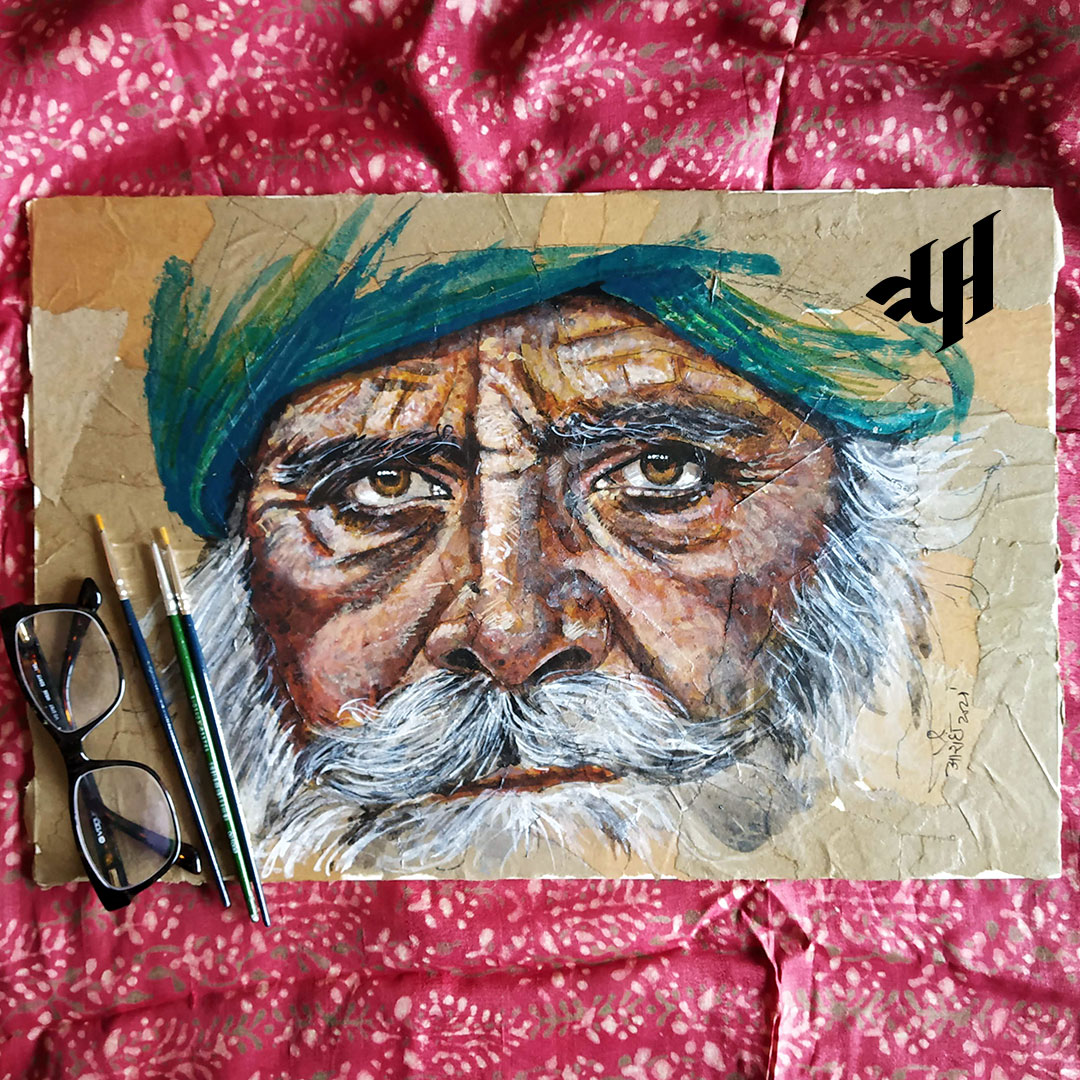 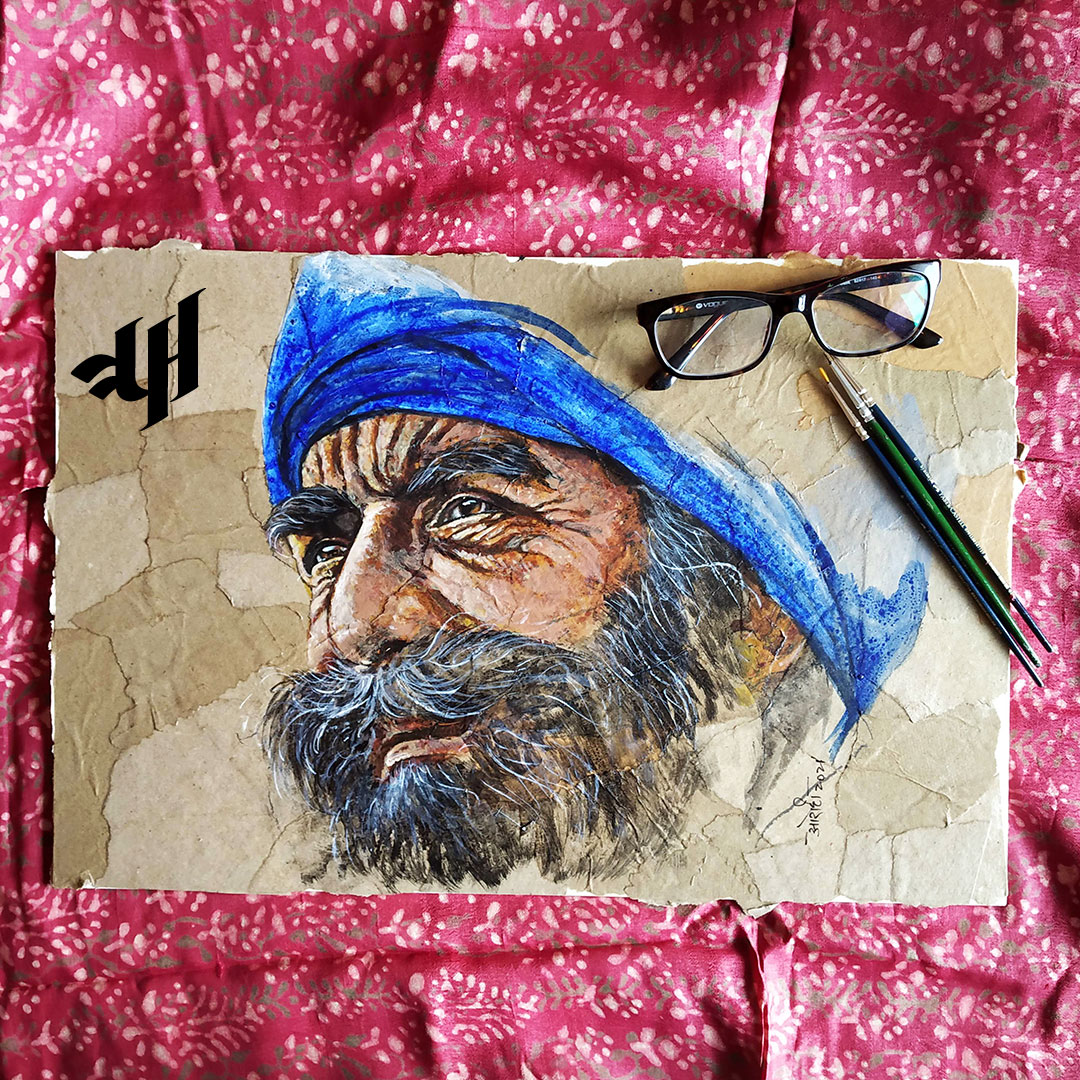